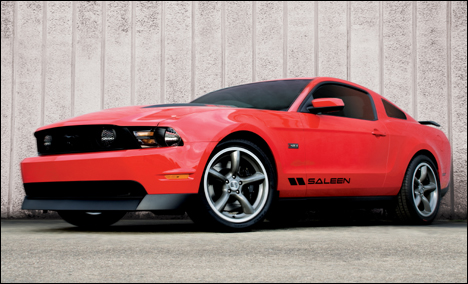 Although this Mustang is called Saleen and also uses Saleen supercharger, It’s not a real Saleen Mustang! It’s a bit complicating, this car belongs to Saleen Performance Vehicles from MJ Acquisitions group and has nothing to do with Steve Saleen, who recently announced new models by his new brand SMS Supercars. Apparently MJ Acquisitions has the right to use Saleen name on their cars and Steve can do nothing about it!

Anyway, the car… Based on 2010 Mustang, Saleen 435S comes with a Saleen Series VI supercharger bolted on its 4.6 liter V8 engine. It is capable of 435 hp and 575 nm of torque. They have also installed a quick-shifter in the cars five-speed manual gearbox. 435S also sits lower than standard by 1.5 inches and has 18 inch five-spoke alloys, but you can order 19 or 20 inch as well. And as for the visuals, you get modified bumpers and a spoiler at the back. 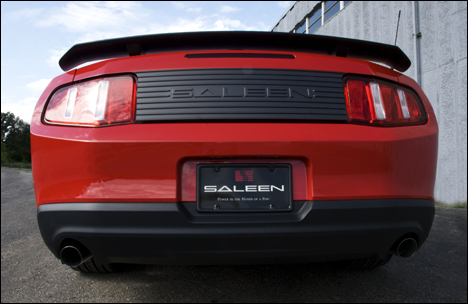 They say a more powerful version will be unveiled at the next SEMA show, and it better be good because if it’s like this 435S people would say: “what a shame! they ruined Saleen name to make this crap!”