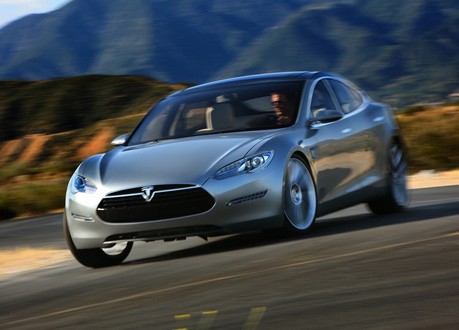 The silicon valley-based start-up electric car maker Tesla has been in financial trouble since day one. Even their IPO didn’t help much, you certainly remember the recent drop in their stock price. But that brought in Daimler and Toyota as investors, and they are going to help Tesla make batteries at lower cost. And that will eventually make them profitable, hopefully!

Tesla has been delivering the sport Roadster since 2008 with a starting price of nearly 110,000 USD, which is quite high, but they have an annual production volume of around 1000 units. With the new Model S sedan though, they are going to make at least 20,000 units a year and that means in spite of lower MSRP of around 60,000 USD, it’s going to be profitable due to the larger production volume.

Tesla Model S uses the same sort of batteries as the Roadster which are known as laptop batteries, even though they are not quite the same. Thanks to the new plans backed by Daimler and Toyota, Tesla’s new battery packs are going to be more cost effective, reportedly four times better than the ordinary lithium-ion packs. Will 2011 be the first profitable year for Tesla?