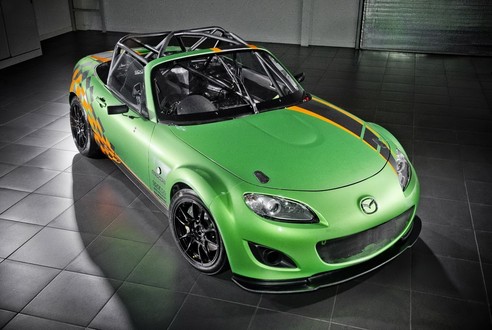 Huge popularity of Mazda MX-5 in the United Kingdom made the Japanese company to come up with a racing version of the roadster to compete in the Britcar 24-hour race with.

It’s called the Mazda MX-5 GT and it’s a lightweight, stripped-out, race-prepd version of the MX-5 which follows the same recipe as the road car. That means it has a simple rule: shed as much weight possible. So the MX-5 GT weighs just 850 kg.

The car will be used by Jota Racing in 2011 Britcar MSA British Endurance Championship. They tested the car to the very details to make sure they arrive at the best power to weight ratio possible. They even dipped the shell in acid to reduce 15 kg off its weight! The result is the lightest and most powerful MX-5 ever built which goes form zero to 60mph in three seconds and can reach a top speed of 160mph. The car is powere dby a 275bhp engine mated to a six speed sequential paddle shift gearbox.

In addition to carbon doors and Polycarbonate windows, the car also features FIA approved safety equipment including a roll cage, race seats and harness, external electric cut-off and fire extinguisher, safety catches on the bonnet and boot lids, competition steering wheel and alloy wheels, while the running gear, rear axle, gearbox and engine have been modified to enhance performance.

“The MX-5 production race car’s modest power output, bullet proof reliability and nimble handling demonstrated last year how the MX-5 can be competitive against some of the purpose-built Lotus, VW and BMW race cars.   With a higher power output combined with the durability, reliability and handling attributes that the MX-5 is renowned for; the MX-5 GT race car will be strong contender against the more powerful race cars in its class,” comments Graeme Fudge, PR Director, Mazda UK. 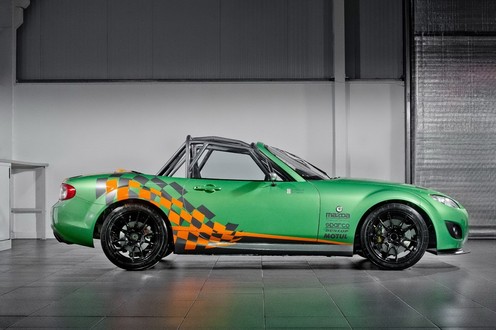 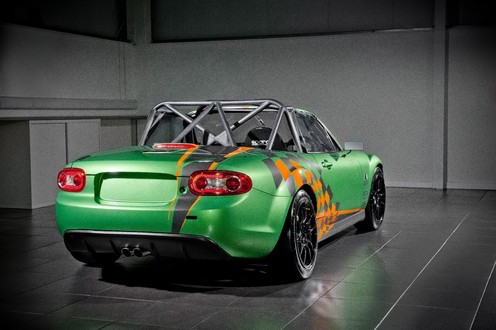 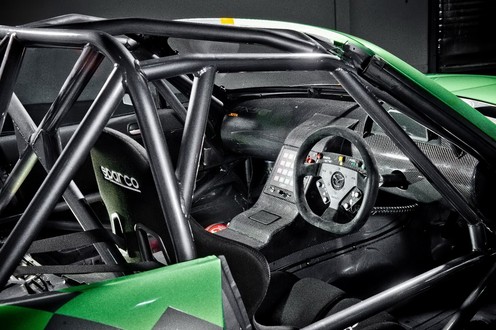 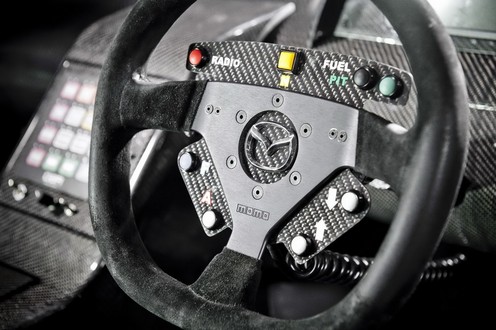