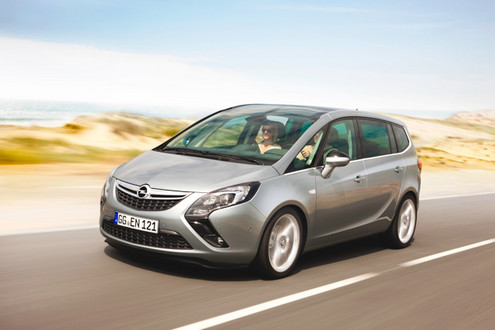 Opel/Vauxhall revealed the new Zafira Tourer in its final production form ahead of its debut at the next IAA show in Frankfurt.

The new Zafira Tourer takes the Opel’s Flex features to the next level by offering a wide range of functionality and superb flexibility. This rather compact minivan comes with an extensively re-designed Flex7 seating system for best use of the interior space, and offers a refined design, airy cabin atmosphere, an upgraded chassis and innovative technologies that increase comfort and safety.

The Flex7 seating system is the car’s party piece. While the entire third row can still be folded down flush with the floor of the luggage compartment, the second row has been completely re-designed: No longer a bench, it now consists of three separate, individual seats that can be folded flat and moved independently of each other. Each can slide longitudinally by 210 mm. The seats can be moved to desired position for each occupant.

That’s why they call it a “lounge on wheels”. 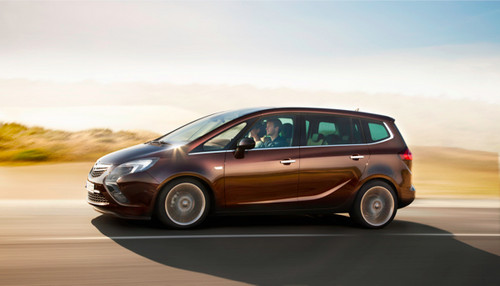 Thanks to its generous cabin space and flexible seating system, the Zafira Tourer offers 710 liters load volume in a five-seat configuration (65 liters more than the current Zafira), and up to 1,860 liters (+ 40 liters) when all rear seats are folded down.

It also provides ample storage space including the revolutionary multi-functional FlexConsole, an enhancement of the innovative FlexRail system introduced last year in the Meriva. This standard-setting innovation is just another example of premium flexibility in the Zafira Tourer. The armrest featuring a storage box and the cup holder trail both slide on the aluminum rails to the desired position, enabling flexible use of the generous storage space between the front seats – exactly where it is most accessible and useful.

The car can even be specified with a FlexFix bicycle carrier system. 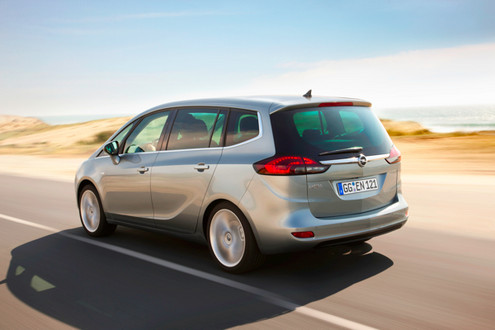 Features of the exterior design which give it a lively and cool design for a minivan include a silhouette that is reminiscent of a high-speed train, and the distinctive front with its bold twin “boomerang” graphics sweeping from the top of the headlights to the bottom of the fog lamps. The wing-shaped graphic from the headlights is repeated in the tail lamps, which can be enhanced with LED technology. 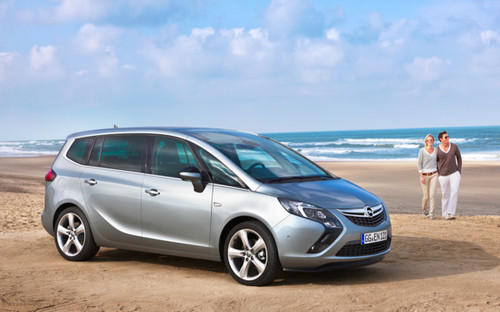 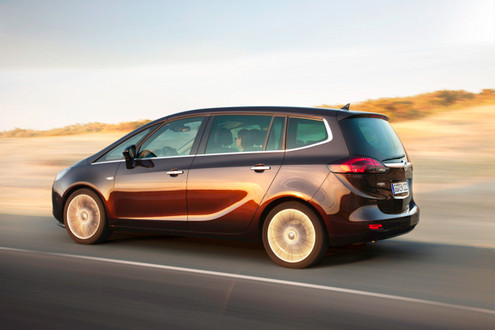 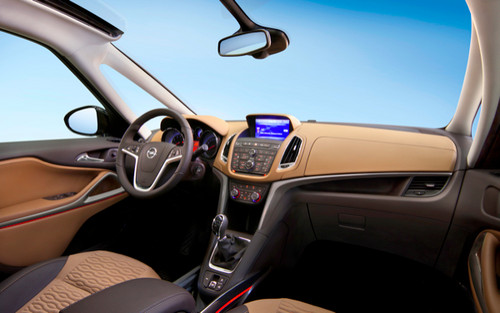 In terms of powertrain,  Opel Zafira Tourer will be available with three versions of the 2.0 CDTI common-rail turbo diesel engine familiar from the Astra and Insignia. Outputs are 81 kW/110 hp and 96 kW/130 hp, while the unit topping the offer has been reworked to deliver 121 kW/165 hp. The gasoline range comprises two downsized, fuel-efficient1.4 ECOTEC turbo-charged gasoline units, with 88 kW/120 hp and 103 kW/140 hp. Six-speed manual and automatic transmissions are available. Opel’s new Start/Stop technology is offered with both the 1.4 Turbo gasoline and 2.0 CDTI powertrains.

Later on, an ecoFLEX model as well as variants powered by Compressed Natural Gas (CNG) and Liquid Petroleum Gas (LPG) will become available. Pricing is yet to be revealed. 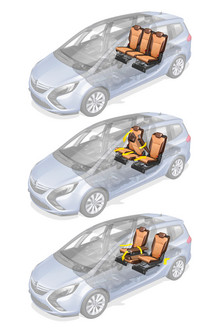 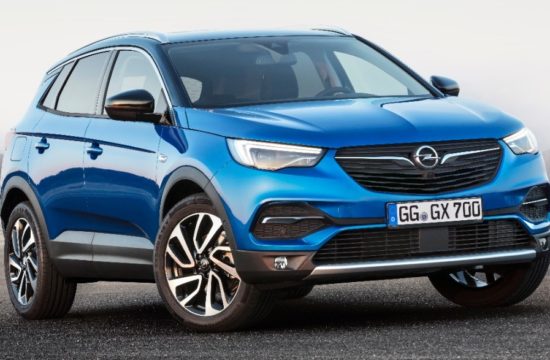 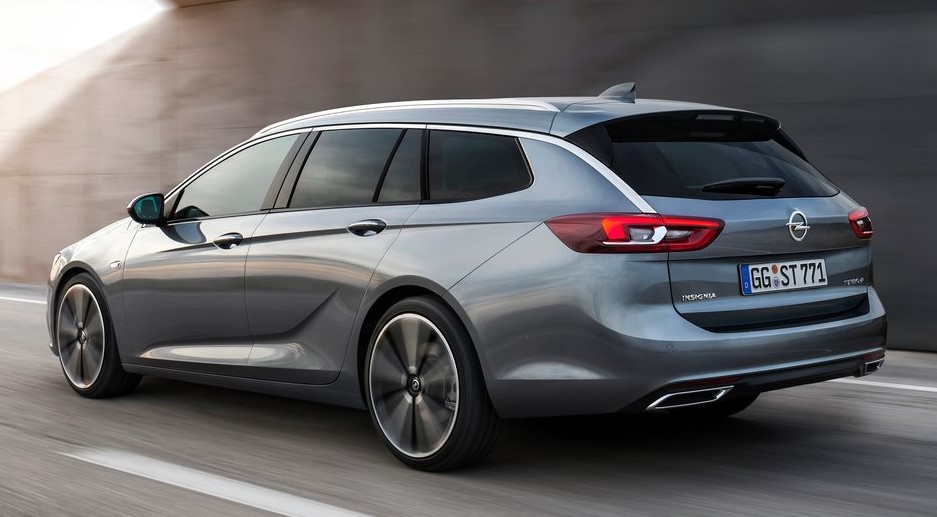