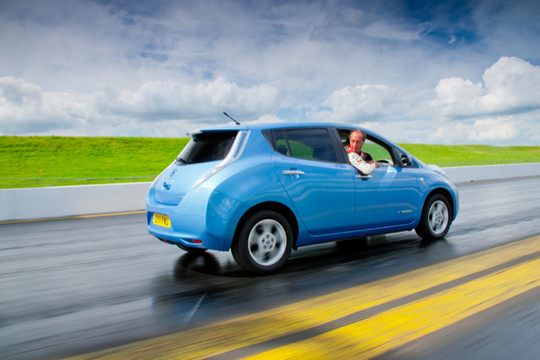 Turns out Nissan’s surprise plan for this year’s Goodwood Festival of Speed is a LEAF going backwards! Well, it’s not as simple as that. The electric car is going to set a new Guinness World Record for the fastest time over a distance of one mile in reverse. It will be doing so by completing the 1.16-mile Goodwood hillclimb course in reverse. It might sound idiotic, but there’s some method to Nissan’s madness.

You see, in theory this electric car with its one-gear transmission should be just as fast going backwards as it is forwards. Other features that will help the LEAF accomplish this goal is its low centre of gravity that makes the car very stable at speed with little body roll under cornering – thanks to the location of the batteries under the floor – and less mechanical part. If a conventional car tries to go one mile in reverse its gearbox will probably explode.

Nissan LEAF will be driven by stunt driver Terry Grant, the same guy who last year completed the Goodwood course in a Nissan Juke… on two wheels. 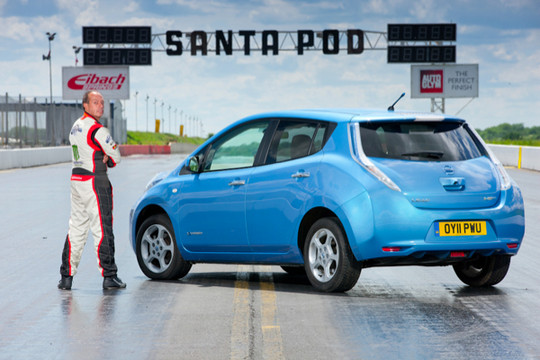 “The LEAF Reverse Record isn’t going to be easy and will be very challenging,” admitted Terry. “I’d prefer to do it on a nice straight and level strip of tarmac rather than on Lord March’s drive. The hill not only climbs, but is also full of twists, turns and obstacles.

“It’s a hugely technical test of speed and concentration. But despite the risks, the strength and integrity of Nissan LEAF’s design gives me confidence. Whatever happens, I know I’m going to finish the weekend with a serious crick in my neck!”

The attempt is part of Nissan’s ambitious social media-driven campaign, The Big Turn On, which is spreading the EV message across Europe. The campaign aims to prove that as well as being environmentally friendly, the Nissan LEAF is safe, economical to run, practical, and fun to drive.