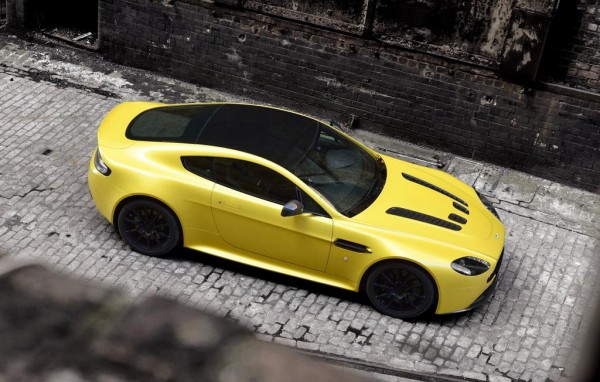 Now it becomes clear why Aston Martin discontinued the normal V12 Vantage a few weeks ago. That was to make room for this new version, the V12 Vantage S. The recipe for this car is very simple. Take the standard V12, add 60 or so more horsepower, and put it on sale. There you have it; the fastest and most powerful production Aston this side of the One-77.

The engine powering the S is the same old AM28 6.0-litre V12 engine, which in essence is two old Ford Mondeo V6s welded together, but it’s been given a fresh breath of life with the latest generation Bosch engine management, and a few other tweaks here and there. The result is 573 Ps and 620 Nm of torque, and the result of that is a top speed of 205 mph. Zero to 60 takes around 4 second, there and thereabout.

This car comes only with an automated manual gearbox Aston calls the Sportshift III AMT. It is 25 kg lighter than the outgoing manual, and Aston says it provides motorsport-style paddle shift changes for optimum performance delivery and efficiency.

The transmission is not the only motorsport-derived tech you find in this car. We can also mention the CNC machined combustion chambers and hollow cam shafts, developed using experiences gained from years of racing.

Other cool highlights of the V12 Vantage S include the clever damping system like the one in the Vanquish, with ‘Normal’, ‘Sport’ and ‘Track’ modes, which also alters the feel of the power steering system, and a new exhaust system derived from the One-77 hyper car.

Visually, there isn’t much to differentiate this model over the standard V12 Vantage. But if you look close enough you notice the lightweight forged alloy ten-spoke wheels, and a subtle yet distinctive exterior graphics pack that includes black painted roof and part-painted boot panel. The interior gets new detailing and an optional carbon fiber pack.

The Aston Martin V12 Vantage S will almost certainly be produced in limited numbers. Pricing is yet to be revealed. 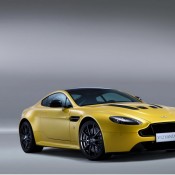 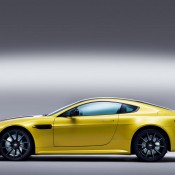 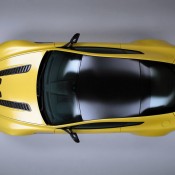 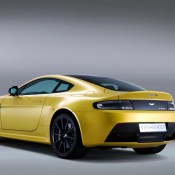 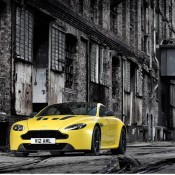 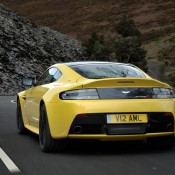 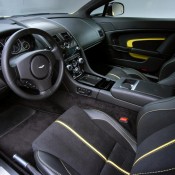 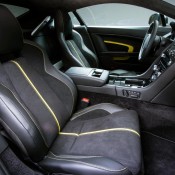 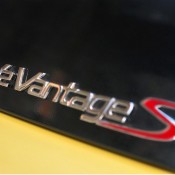