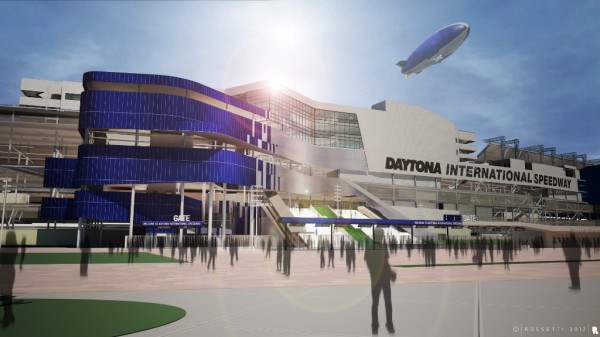 One of America’s most iconic facilities for motorsports is in the early stages of a massive facelift. Called “re-imaginingeering” by those directly involved, when completed, a practically new $400 million facility will stand in its wake. This is a significant change for one of America’s jewels of racing but it is going mostly unnoticed. Except for the mounds of dirt and construction cranes along International Speedway Boulevard in the track’s hometown, few racing fans across America may even be aware of it.

The track, after all, lies in a city with just 62,000 people. It is home to the self-proclaimed “World’s Most Famous Beach” and NASCAR itself, but what is going on there is getting less attention than it deserves. We are talking about Daytona International Speedway!

A Bit of History

NASCAR cut its teeth in Daytona on its hard packed beaches. The salty air and warm temperatures of February made it a perfect spot to start the racing season. Heavy metal cars with souped up engines would race laps that were half on sand, and half along the paved A-1A roadway. Spectators stood dangerously close to the action as the pioneers of racing bled every mile out of their crude machines.

In 1953 William (Bill) France Sr. had the idea to build a larger than life racing facility not far from the beach. In 1958 his dream became a reality and took NASCAR to a new level. It was the construction of Daytona International Speedway. The first Daytona 500 was raced there in February of 1959.

The Daytona 500 is without question, the “Superbowl” of motorsports. While Daytona International Speedway has undergone some changes since 1958, including the installation of lights in 1998, nothing compares to the project that is going on today.

The “re-imagineering” of Daytona International Speedway is massive. The overall project is being touted as “Daytona Rising”, and most of the focus is along the track’s front stretch. When completed, the facility will have more of a stadium feel, and will most likely set the tone for other facility upgrades in the sport.

In the past, the focus of most racing venues have been in increasing attendance and in moving patrons in and out, little attention has been paid to patron comfort, convenience and amenities. Daytona International Speedway’s “Daytona Rising” plan is focused on the spectator experience.

An Upgraded Racing Experience for Fans

Whether it’s the Daytona 500, Coke Zero 400, Rolex 24, or the series of Bike Week events the track hosts, fans will experience a new level of convenience and comfort once the project is completed.

A series of newly designed entrances or “injectors” will give fans entrance to the track effortlessly. Once inside, they will have access to 40 escalators, the most of any sports stadium in the country. In addition, there are 16 elevators, an amount previously unheard of in racing, to take fans to three levels of seating. The seats themselves will be wider and more comfortable. The number of restrooms will be doubled and upgraded to major league sport levels. Concession areas will triple in number and some will afford opportunities to view the races while dining. There will be new premium options. In addition, 60 high-end luxury suites will be available for corporate guests and sponsors. 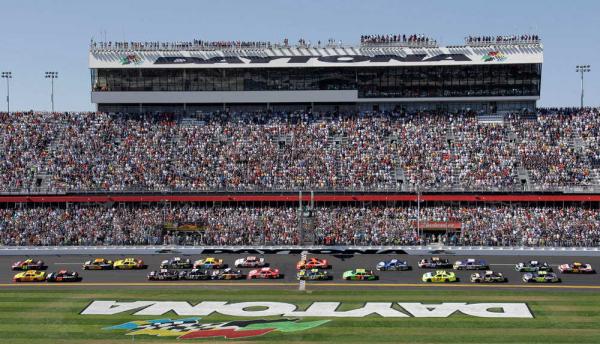 The entire exterior of the front portion of the track is undergoing a major make-over that will create a polished, stadium appearance. This will create a much more attractive, finished look as opposed to the open, under-bleacher views that exist today.

Daytona Rising is mainly occurring under the radar, but it will set the standard for the next generation of race fans. Daytona Rising is signaling the end to porta-potty restrooms, greasy concession stands, and uncomfortable bench seating at race tracks. It is ushering in an era of racing amenities that may be designed for fewer fans, but for fans that will be much more comfortable.

The Daytona Rising project is expected to be completed by the 2016 Daytona 500. In the meantime, construction continues while the races go on. You can view the latest photos of the project at the Speedway’s website.