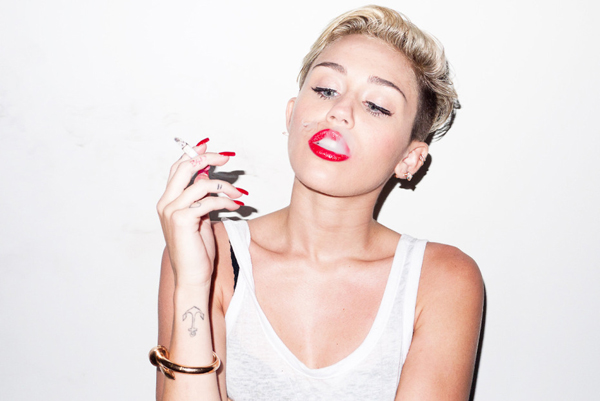 “What the hell is this twerking lizard-tongued maniac doing featured on here?” I hear you ask. Well, I would’ve screamed the same thing had I not seen how many cars she’s owned… around 17… 17!?!

With this in mind, I asked myself, “Out of the 17, I wonder how many are cool and not hideously modified?” After all, she’s a Hollywood star and Hollywood stars often choose horrendous cars. They also like to stand out, so when you are the globe’s current hot gossip item, someone’s going to be buying some expensive rims or paint.

So to find out exactly what happens when a trendy young and filthy-rich starlet throws her cash around a showroom, read on… 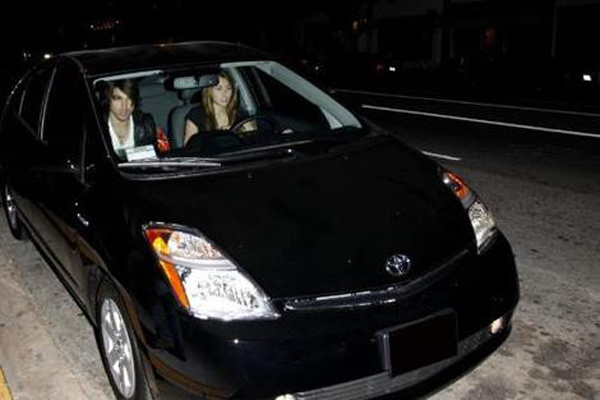 First off, let’s get the damn Prius out of the way – what is it with these cars? (MISS) 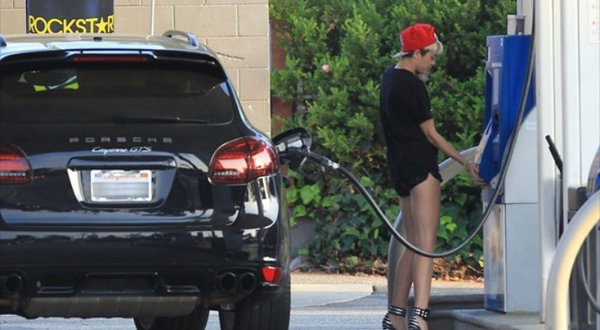 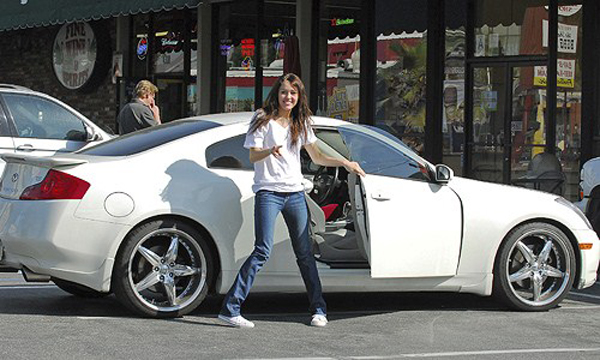 Miley Cyrus was snapped here pulling up for smoothies in her Infiniti G35S coupé. Pretty standard apart from the rims, which could be a little more in keeping with the car’s styling. (HIT – just) 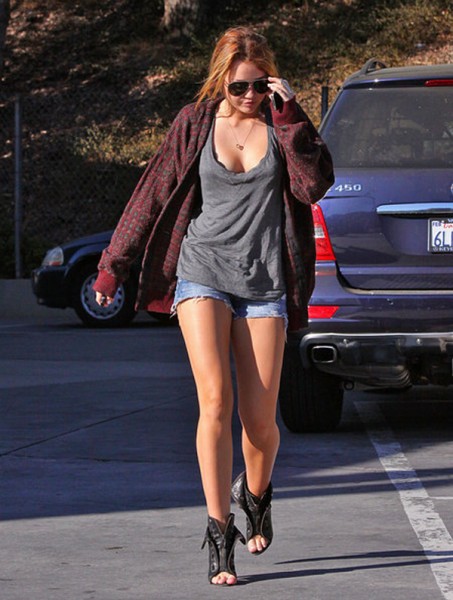 It has to be said Miley has a great set of pins on her – as for the ML 450, a solid and sensible ride for a celeb. (BTW, those shoes are terrible Miley!!!) 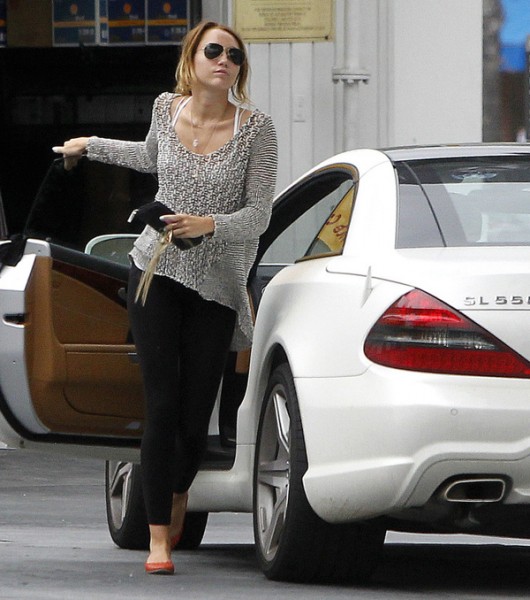 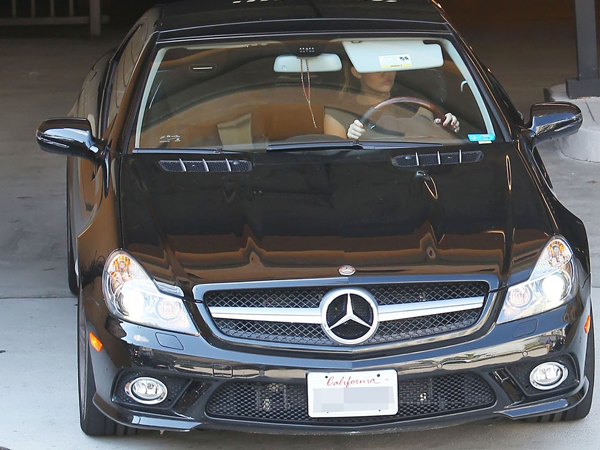 See above, although this black SL500 is a little more Batman. (HIT) 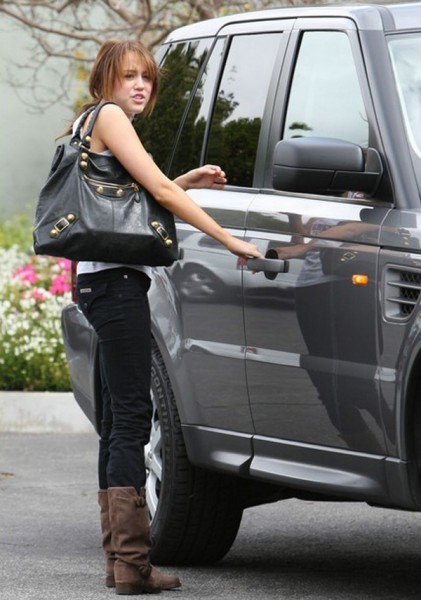 About 85% of stateside celebs own Range Rovers, so it’s no wonder Miss Cyrus jumped aboard the RR train. Very bog standard compared to some, so for this reason I’d call this a HIT. 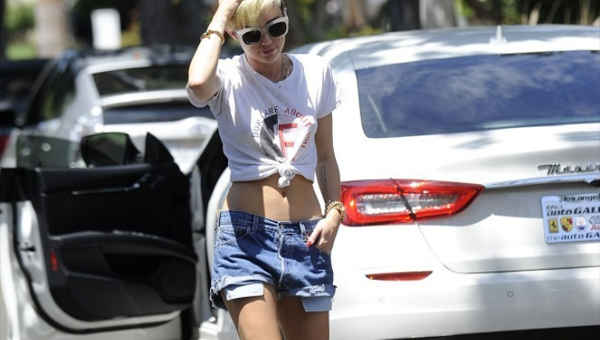 Despite bathing and swimming in cash, Miley got given this 2013 Quattroporte. The 3.8-L V8 twin turbo delivers 530-bhp and hits 62-mph in 4.7 seconds. Although a great car, it’s lost on a trendy teen – more of a discerning gentleman’s ride. (MISS) 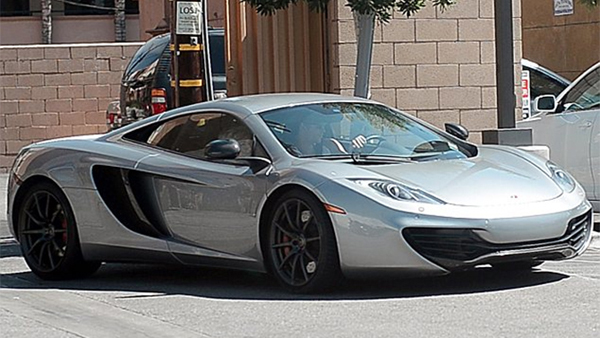 Again, being filthy rich and famous means you receive all of your essentials free. In this case, Miley received this silver 2012 McLaren MP4-12C, valued at approximately $272,000. More than just the average supercar, I’m not quite sure Miley realises the British company’s racing heritage. How does a high-heeled teen drive a 3.8-L V8 twin-turbo supercar and not end up in ER? (HIT) 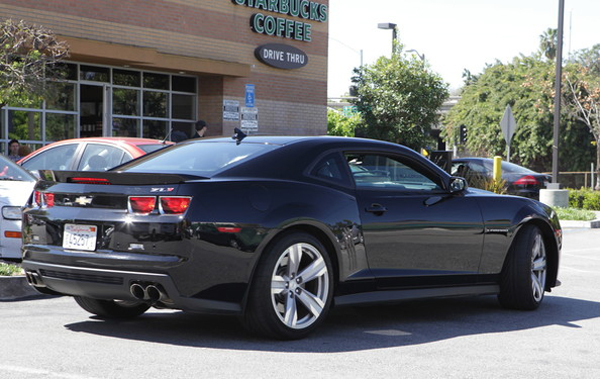 This is a picture of Miley Cyrus’ brand new Chevy Camaro ZL1. It was delivered to her Los Angeles home, after which she ordered her assistant to take her for a spin in it to fetch coffee. It’s a Camaro… (HIT)

Miley has yet again selected another standard sedan that could’ve just as easily have been a murdered-out M3. The 335i is still a very quick yet understated car… (HIT) 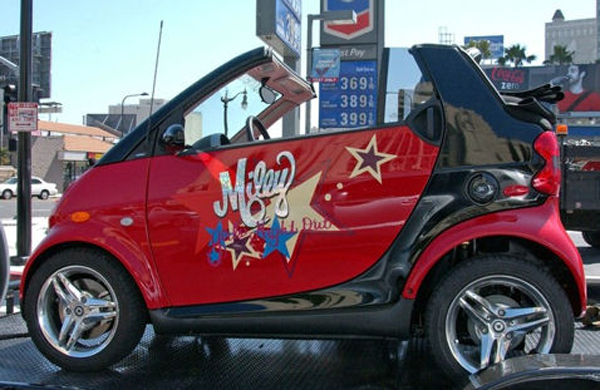 So despite having a lot of haters for her attitude and money, Miley does seem to get it right when it comes to cars. I think this is due to the fact she doesn’t try and pimp out cars that are already cool stock, like the Mercs and Camaro.