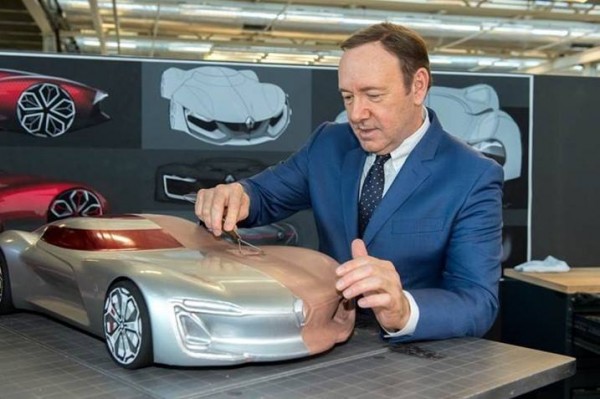 The star of American Beauty, The Usual Suspects, and House of Cards, the irreplaceable Kevin Spacey has been to France earlier this month where he popped by Renault Design Center for a short visit. If you’re wondering why would he do such a thing, that is because Kevin in a Renault ambassador and seems genuinely interested in the brand, even though it is not present in the American market.

To be more specific, Kevin Spacey is an emissary for the Renault Espace, which is a bit off because frankly he is too cool to be associated with this model. At any rate, upon arriving in France Mr. Spacey was given a royal treatment as he was taken with Police escort to Renault design headquarters where they hosted a lavish welcome party for him before sending the actor on a tour of the place.

During the tour Kevin Spacey got to see the latest models (Talisman, Scenic, Mégane and Captur), received inside information on Renault’s style leanings, took a detailed look at TreZor concept, and tried his hand at clay modelling of a vehicle mock-up. It’s all good and well, but if we were to guess which car maker Kevin would be best suited to represent based on his body of work, it would be Audi RS because just like the actor, those cars look unassuming but are in fact giant slayers with truly magnificent capabilities. 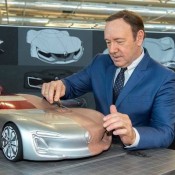 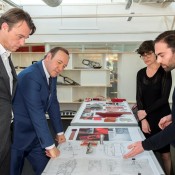 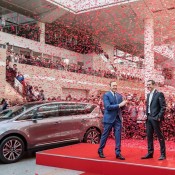 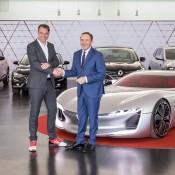 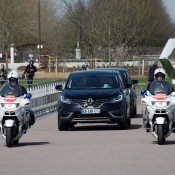 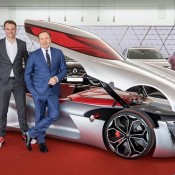