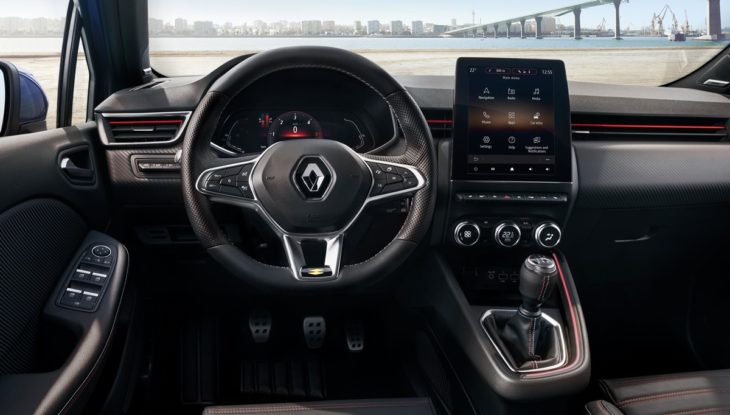 There are a lot of things we don’t like about the incredibly fast pace at which the auto industry advances. But one thing we do like is the fact that this relentless pursuit of better and fancier means that we can now get tech features that were exclusive to high-end luxury cars only a few years ago in humble little hatchbacks. A good instance of this is the completely digital instrument binnacles which will soon be available with the new Renault Clio.

Just take a look at that dashboard. Not that long ago having digital switches and knobs for the air con system was considered the height of technology in a family hatchback. Now though, the new Renault Clio comes with not just a central screen but also a ‘Smart Cockpit’ digital instrument binnacle. And those are not any old screens, but a massive 9.3 inch tablet for the dashboard and an even bigger 10 inch monitor for the configurable instrument panel. And below these you get a wireless charger for your phone. We feel compelled to point this out again: this is not a Mercedes-Benz or a BMW. This is a small French hatchback you will be able to buy on a college student’s budget. Amazing!

Now, whether all that techie stuff are strictly necessary in a car of this size and class – or indeed any car – is besides the point. Granted, we have lived perfectly well with out cars for more than a hundred years without the benefit of fancy graphics in our binnacles. And it’s true that some of those flashy digital dials could prove to be distracting. But this kind of gimmicks are what people like these days, and the fact that we are able to have them in cheap cars is pretty cool. That means cheap cars are no longer going to be boring and sparse and horrible. That digital instrument alone is enough to cheer you up in the morning on the way to work. 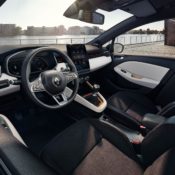 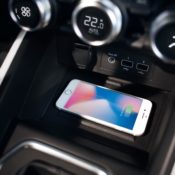 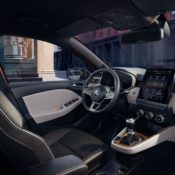 Now that we are talking about the new Renault Clio, let’s delve deeper into that cabin and see what’s what. Renault is not yet ready to reveal the whole thing, only the interior. But it’s a good interior. Apart from the digital stuff mentioned above, the new Clio’s cockpit features  high-end materials, a soft coating on the dashboard, door panels and central console surround, and meticulously finished furnishings. This is another aspect of that fast-moving advance we were just talking about. The seats, steering wheel, door panels and consoles have also been redesigned and improved in terms of ergonomics and material. In short, then, the new Clio’s cabin is unlike anything you’ve ever seen in this segment.