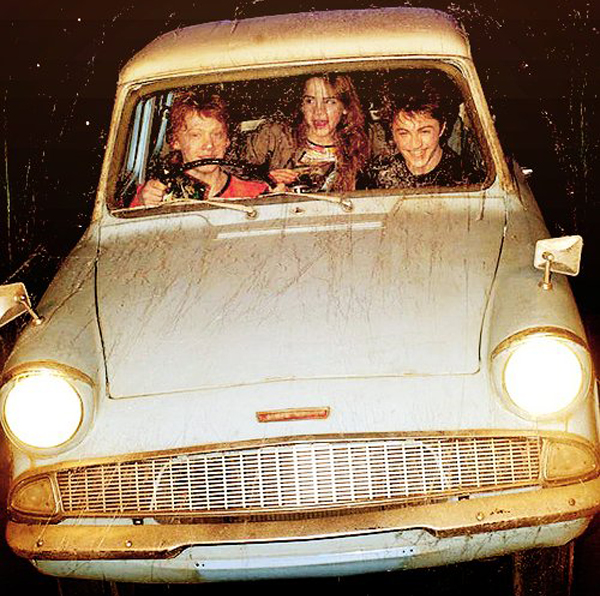 It’s recently been announced that the evil kid (Draco Malfoy) from the Harry Potter films has bought a Lamborghini Aventador (I’ll get onto that in a minute), and naturally this led me to look up what the other trio drove.

It appears Daniel Radcliffe hasn’t grown up and is secretly sneaking out at night and hopping onto his Nimbus 2000 Broom to get his fill of speed. Maybe it’s because he’s chauffeured around so much that he has no knowledge of cars and chose to buy this awful Fiat Punto? Perhaps this put him off cars, as I couldn’t find any other solid evidence of anything newer. 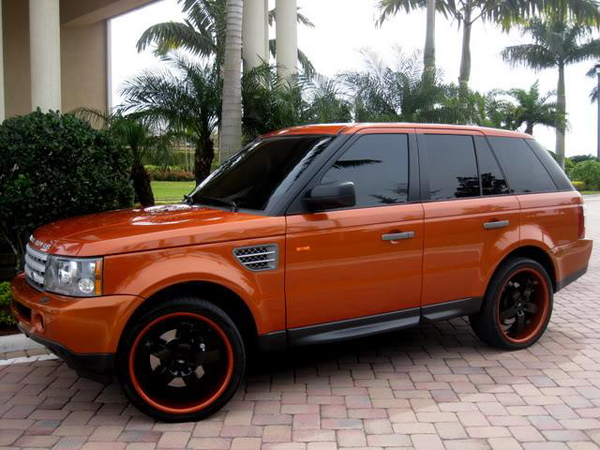 Now for the ginger kid – you’d think from the films the bumbling fool would end up in a Robin Reliant or at best a Smart car. No, away from Hogwarts, Ron Weasley AKA Rupert Grint drives an orange Range Rover (insert the jokes here) with black rims. Showing some side of his on-screen personality, the loveable wizard also owns an ice-cream van. 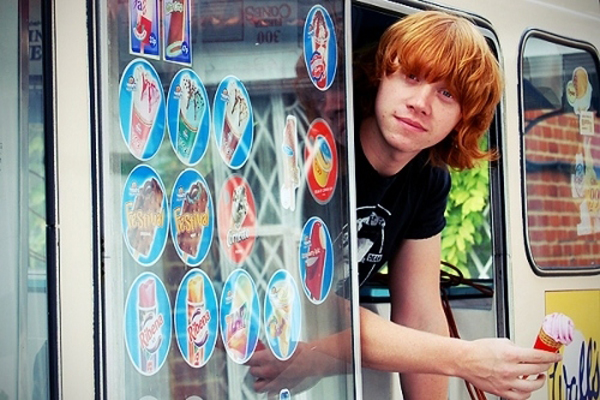 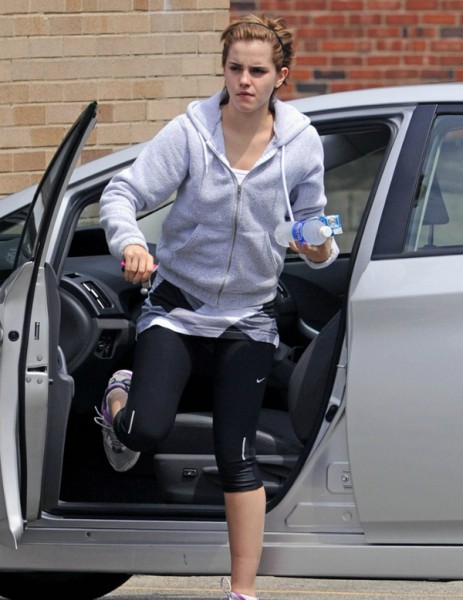 The gorgeous Emma Watson AKA Hermione Granger in the films takes a leaf out of Radcliffe’s book when it comes to cars. Like Radcliffe, she is always snapped climbing out the back of a car. The only car I could find that she actually owns and drives is the boring celeb favourite, the Toyota Prius… oh dear. 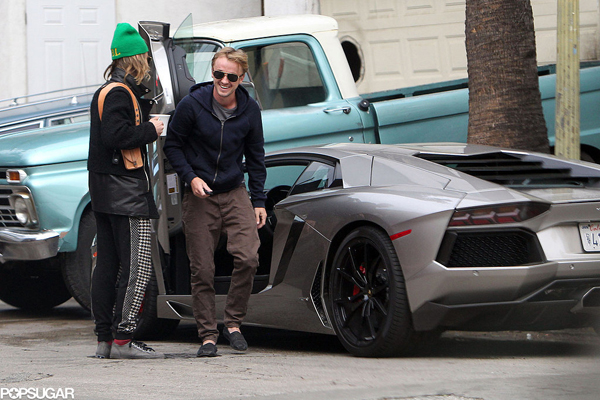 Now for Draco Malfoy – that name belongs in a car that looks this evil. I always thought they did the perfect casting choosing Tom as Malfoy, as he reminded me of a young Michael Schumacher, especially the way in which he played Quidditch.

Tom Felton has made no secret of his love of the Italian supercar, and has been spotted taking pics of the car at other events. He’s had a fascination with the marque for some time and has tweeted pictures – including a gold-wrapped version – before. 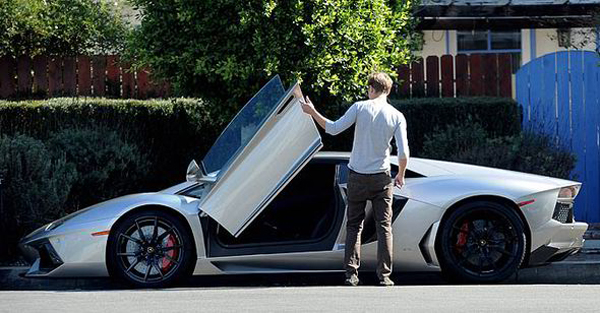 The day Malfoy binned his Nimbus 2001 Broom, he’d taken a morning stroll around the Hollywood hills, where he let his dog Timber chase rabbits. With his dog satisfied, the wizard then met up with his long-term and stunning girlfriend, Jade Olivia whilst they waited for the Aventador to arrive. Once they’d both admired the Lambo, they both jumped in and went to out to dine. The phrase “nice guys finish last’, springs to mind. 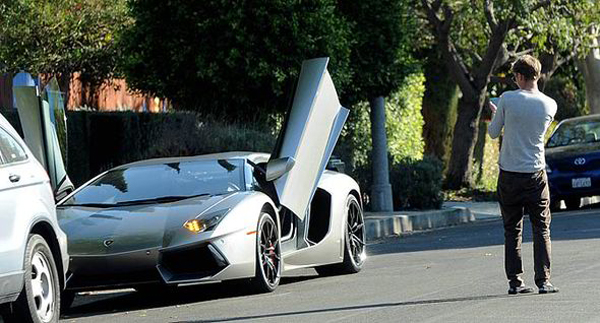 Felton tweeted about the £245,000 car: “She’s a beauty & a beast”. Joined by Jade, he also Instagrammed various shots of the car, saying: “dream come true.” 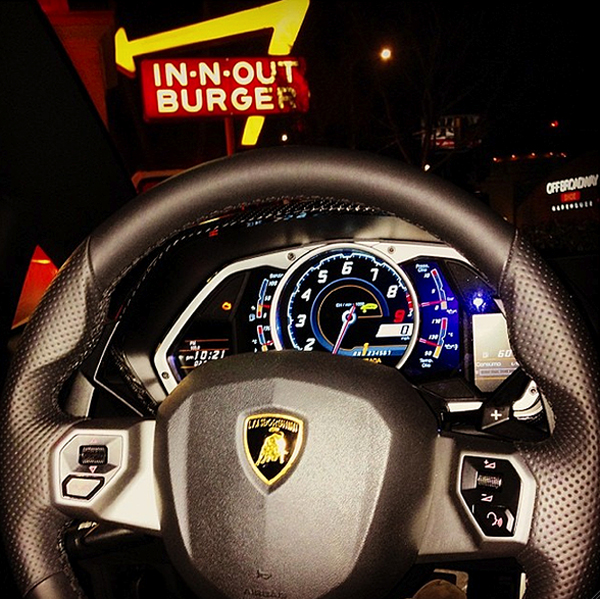 He also posted a cool shot of the Lambo’s steering wheel outside of the In-n-Out burger, again stating: “Literally a dream come true 🙂 Aventador #in’n’out #goodtimes.”

Unsurprisingly, his girlfriend appeared impressed with her man’s new toy, as she was also seen snapping away with her phone. 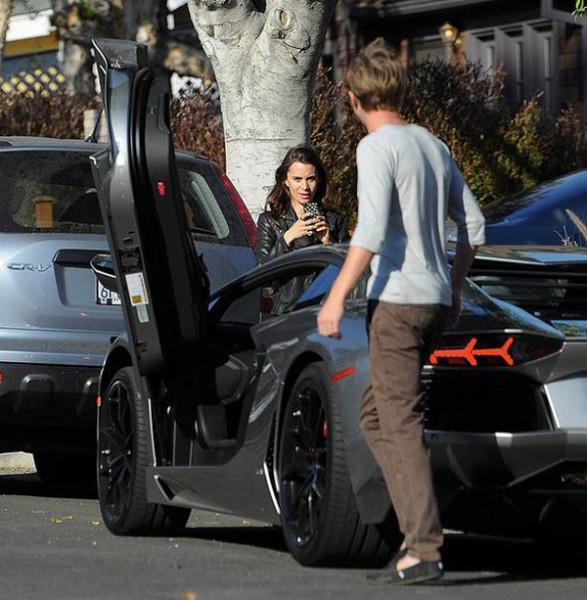 So the lesson learnt from this article is, if you want to end up with the hot girl and the awesome rides, let evil prevail and leave all the dirty work to the geek with round spectacles.