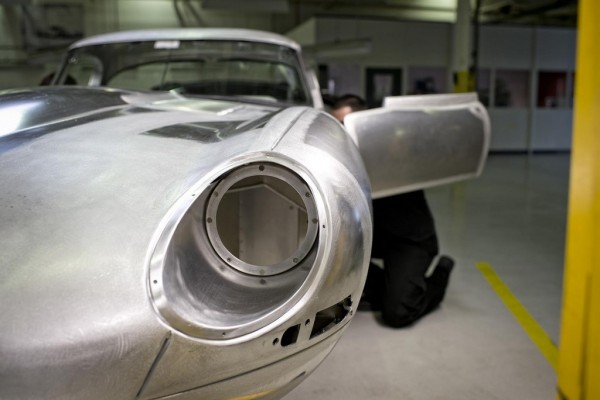 Last week Jaguar confirmed they are going to make the six missing E-Type Lightweight models from an 18-car series originally planned back in 1963. It has now become clear that each of these cars will cost around £1 million when they go on sale in a few months.

That is a staggeringly high price to pay for a stripped-out E-Type, but it is hardly surprising, given the fact that Jaguar E-Type is one of the most sought after classic cars. The new E-Type Lightweight will be built to the exact same specification as the original car, but with greater build quality and attention to details.

So while the ‘new’ E-Type is more of a show piece than a real track car like the original was meant to be, you could enjoy driving and beating on it. It is kind of like an old house with modern plumbing.

Made largely from aluminum, Jaguar E-Type Lightweight is about 115 kg lighter than a standard E-Type. The 3.8-liter straight-six engine is also tuned to 300 horsepower in this model, making a true track toy – a Superleggera E-Type, or E-Type Speciale.

Jaguar E-Type Lightweight is probably worth the asking price, but if we wanted to spend that kind of money on an E-Type, we’d buy an Eagle Speedster and save 500 grand. Another good alternative is the £700K Low Drag GT.