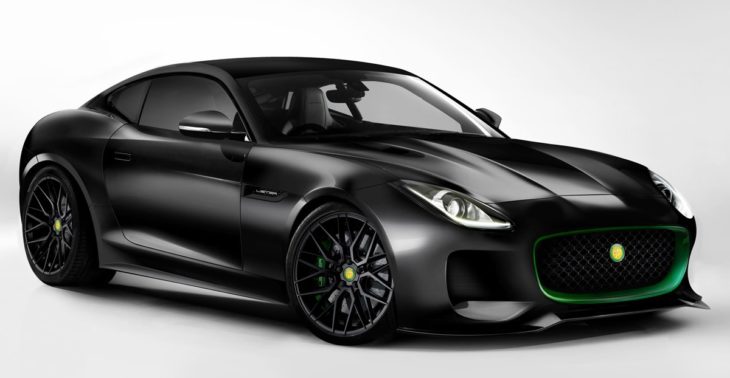 Lister Motor Company is one of handful of original British sports car makers still around today, but even they have had to sort of curb their enthusiasm and do some uncool things in order to survive. Their latest creation is the Lister LFT-666, and despite the cool name, it is nothing but a tuned Jaguar F-Type.

In fact, Lister sells you a £9,750 kit that give your standard F-Type the look of a Lister LFT. The Lister LFT-666 that they themselves will make is limited to 99 units and it comes a power kit as well which, as the name suggests, dials up the output of the Jag 5.0 liter supercharged V8 to a demonic 666 horsepower. The LFT styling package, meanwhile, consists of carbon fiber panels including front bumper, front splitter, rear diffuser, rear lip spoiler, rear extended wheel arches a new grille design and a set of new lightweight alloy wheels fitted with Michelin tyres.

The thing is though, nobody’s going to look at this thing and think Lister. It’s just a leaner, meaner F-Type. Guess Lister is a tuner now.

Speaking of the exciting developments of the Lister Motor Company, Lawrence Whittaker, CEO says, “Over the past six months the Lister Motor Company has been working hard on developing our Tuning Division, starting with modifying the Jaguar F-Type. Originally, we named the prototype the Lister ‘Thunder’, however, due to future model lineage, all 99-production models will now be known a, the Lister LFT-666, a befitting title and one where an intrigued passer-by instantly knows the break horse power of each Lister model.”