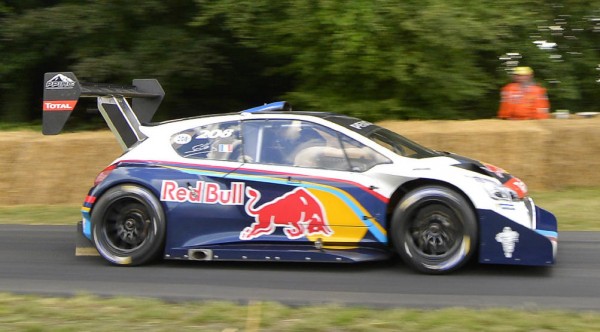 After setting a blistering record at the Pikes Peak international hill climb in Colorado, the Peugeot 208 T16 Pikes Peak is now the master of another prestigious hill climb, this time at Goodwood in the UK. The car popped in an amazing record of 44.60 seconds during the Sunday afternoon’s shootout in the hands of nine-time Rally champ, Seb Loeb.

Thousands of miles and a vast ocean away from the place the T16 was built for, Pikes Peak, the car proved that different condition doesn’t make a bit of difference in the way it performs. This car’s a monster and it kills everything in its path.