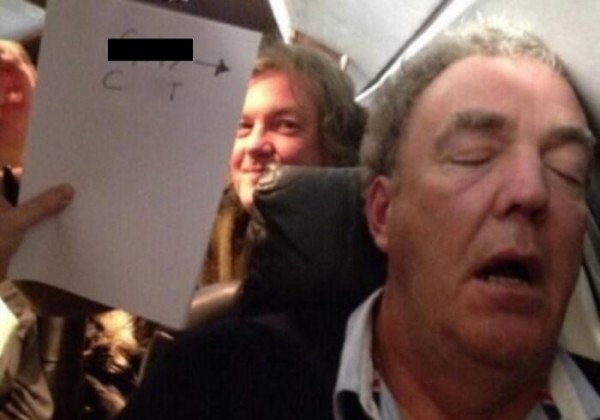 Jeremy Clarkson has been rather quiet since his N-word fiasco and kind of stopped causing trouble for himself and the BBC. But just to be sure, BBC’s head of TV Danny Cohen publicly reminded Jezza he best no to repeat his mistakes, warning him “no one is untouchable.”

“It’s like football clubs: no player is bigger than the club,” said Mr. Cohen, who’s apparently had several “frank” conversations with Clarkson regarding the controversies he causes almost every other week.

It is widely believed that due to the immense popularity of Top Gear, and the amount of money it makes for the corporation, Jeremy Clarkson is a “made man” in the BBC and can get away with almost anything. Mr. Cohen doesn’t agree with that: “No one show or person is bigger than the BBC and that’s they way I see it.”

Despite the warning, Cohen told journalist he doesn’t believe Clarkson is a racist. It’s just his brutal sense of humor that gets out of hand sometimes. But if we’re really honest, that – the controversy – is a big part of what makes Clarki’s shows so popular. That’s why he is never boring!