Latest @ MW
Home /Is This The New Humvee? 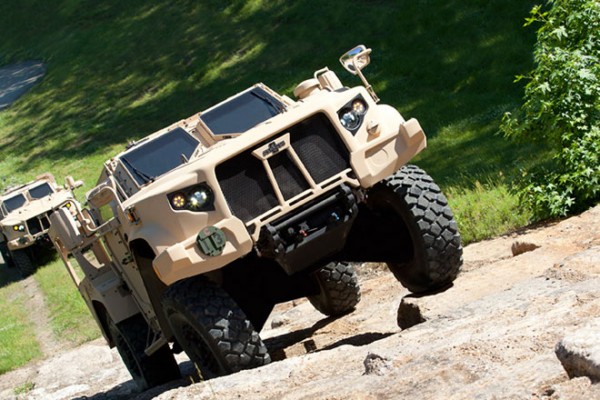 America’s wars in Afghanistan and Iraq have had other positive results besides killing scores of terrorists and making the world a relatively safer place. They taught the Army a great deal about joint operations, improved their guerrilla tactics, and most importantly, they resulted in huge advances in the machinery the military uses.

Prior to the war on terror, the U.S. Army relied heavily on their AM General Hummers, or Humvees, in combat operations. These handsome 4x4s with their awesome off-load capabilities were cheap and practical, and they got the job done. That was until the Army came across new problems like Improvised Explosive Devices (IED) and Rocket-Propelled Grenades (RPG). The Humvee offers woeful protection against these weapons. To counter it, they did fit the Humvee with heavy armour, but all that did was slow the vehicle down, making it an easier target for the insurgents. 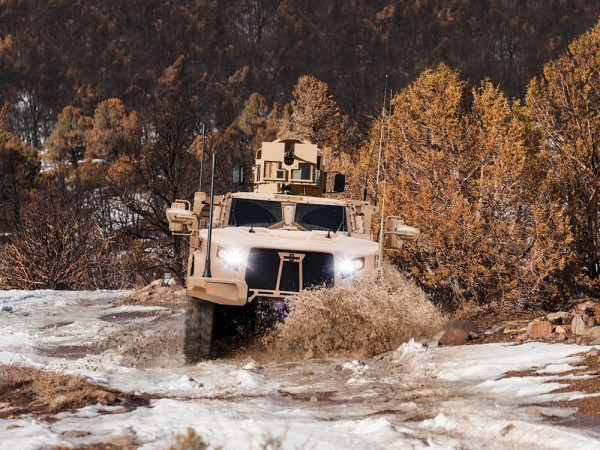 In the years after the Humvee proved it is dangerously outdated for modern warfare, the U.S. and British military experimented with various different armored transport vehicles like the MRAP, most of which were designed primarily to protect the occupants, and therefore ended up being huge, lumbering fortresses on wheels – not practical for missions requiring speed and maneuverability. But now, finally, it seems the Department of Defense has found the perfect compromise in form of the Joint Light Tactical Vehicle (JLTV). 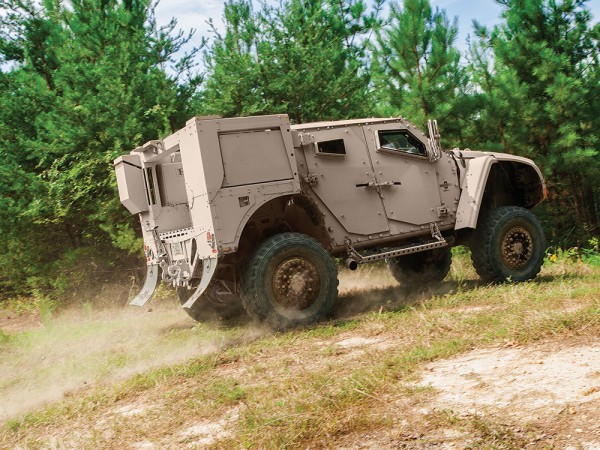 Proposed by Wisconsin-based Oshkosh Corporation, the Light Combat Tactical All-Terrain Vehicle is roughly the same size as the Humvee, but it’s lighter and more agile, and it is more reliable. Most importantly, Oshkosh has managed to offer the same level of protection as a MRAP in the L-ATV by shrinking down the armor and making it light, thus maintaining the vehicle’s speed and off-road prowess. 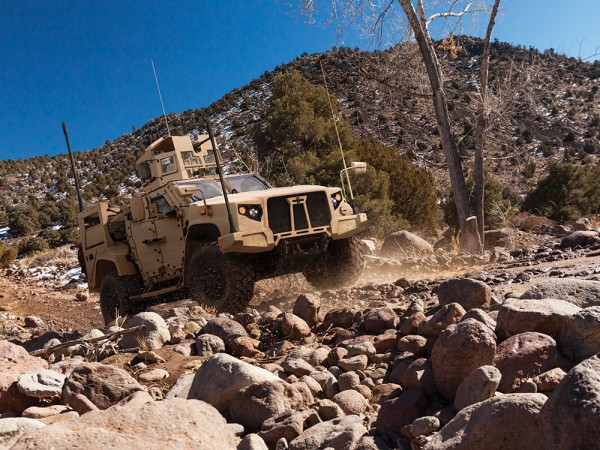 In terms of technology, the L-ATV is like the McLaren P1 of military vehicles. It features computer-controlled independent suspension system that allows for 20 inches of wheel travel, and it can be equipped with a diesel-electric hybrid system with exportable power. The curb weight of one of these vehicles is 14,000 pounds – which goes up to 18K once you load it up with soldiers and gear – which sounds like a lot, but it is in fact half of what an MRAP weighs. That means two of these vehicles can be sling-loaded underneath a helicopter for air transport. 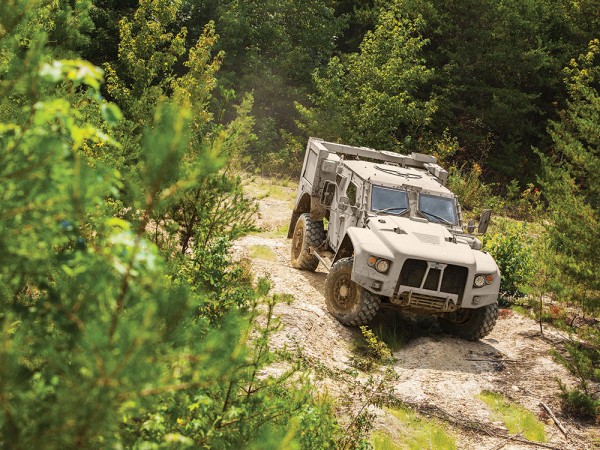 The Joint Light Tactical Vehicle will cost around $550,000 apiece, including delivery, add-on kits, logistics, technical manuals, and interim support. Oshkosh says they can produce up to a 1,000 vehicles a month. Realistically, the JLTVs will become operational in 2018, but Oshkosh is ready to start the production immediately if the need arose. It is, after all, a $9.4 billion contract!