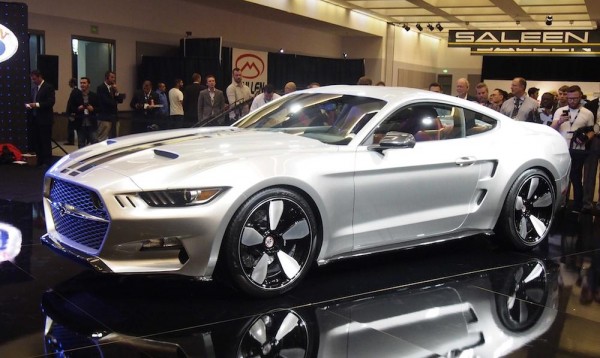 As we reported a few days before the Los Angeles Auto Show, famous car designer and the founder of the failed auto brand Fisker Automotive, Henry Fisker, has teamed up with GAS (Galpin Auto Sports) for a one of a kind muscle car project. It is called the Fikser Rocket and it is based on the 2015 Mustang.

Boating a carbon fiber skin, Fisker Rocket features a redesigned body with every panel sot of exaggerated a bit and made wilder. But you can tell Ford has asked them not to completely gloss over the fact that it’s a Mustang, so there is still plenty connecting the Rocket to origins. 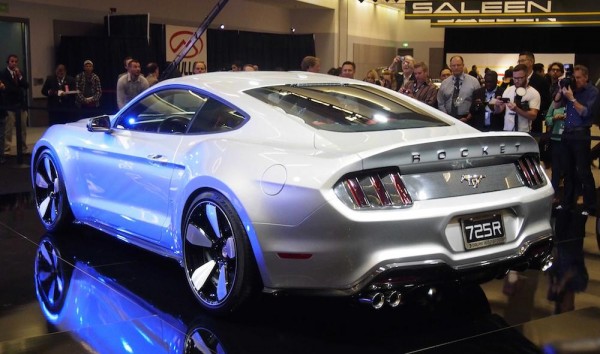 Fisker Rocket comes with a unique face featuring a bespoke grille teamed with large air intakes and a sculpted bonnet. On the side it appears to be inspired by the Mustangs of the 60s, and the same goes for the rear. Even the 21-inch custom ADV1 wheels have a retro look about them. 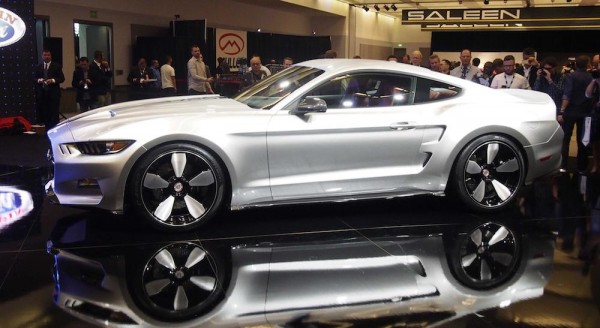 There is nothing retro about the mechanicals on this car, however. The Rocket benefits from a heavily modified 5.0 V8 engine tuned to over 720 horsepower, and gets an adjustable suspension system as well as Brembo brakes. Inside, Recaro seats and the usual dose of leather and carbon has been used to make it feel special. 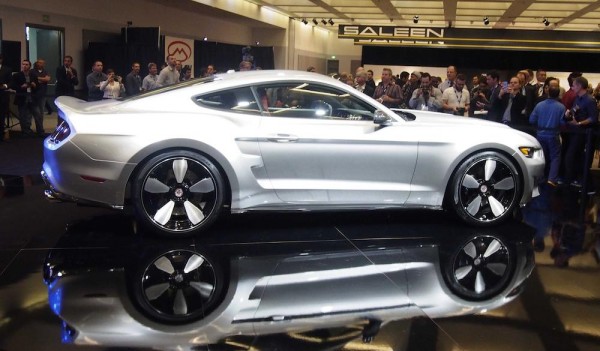