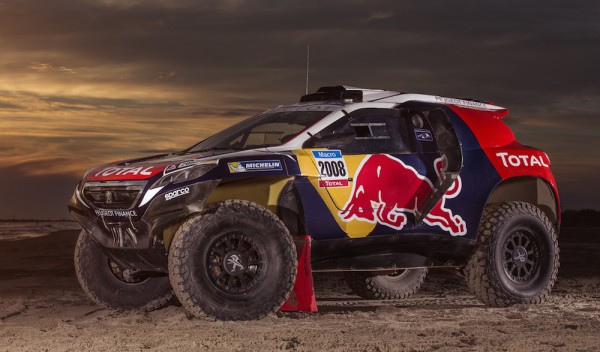 This year at the famous Rally Dakar Peugeot will field a custom-made racer based on the 2008 crossover. Simply called the Peugeot 2008 DKR, the car has now received its official racing livery, and it looks pretty cool, mostly owing to Red Bull’s awesome logo.

Peugeot 2008 DKR is the result of a joint effort by teams from Peugeot, Red Bull and Total who have put together their resources to come up with something capable of decent performance at the world’s most grueling rally.

The team, which includes big names like Carlos Sainz and Stéphane Peterhansel, are now in Morocco covering mile after mile in the desert, testing and fine-tuning every aspect of the DKR. The tests are putting a lot of strain on the car’s 340 horsepower V6 twin-turbo diesel engine which is faring rather well under pressure. 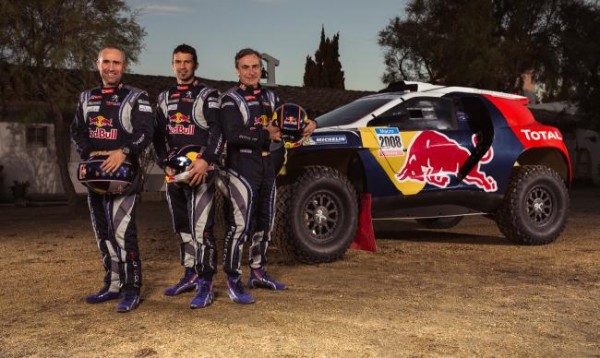 Carlos Sainz commented on the work they are doing: “The team has come up with a unique, innovative car which promises to be extremely versatile for the different types of terrain we are likely to come across. The concept works well. The test programme has shown that it is a very fast machine, although it is obviously difficult to be 100 percent sure of its reliability at this early stage.”