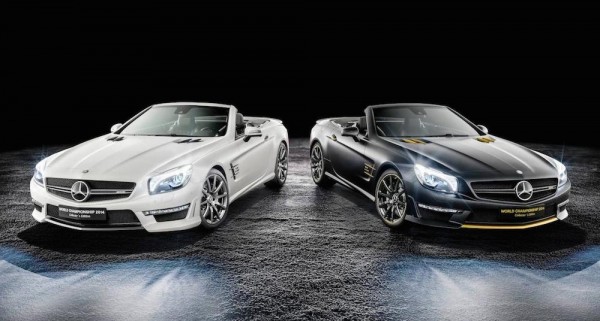 The fact that dominating Formula 1 in this day and age has more to do with the car rather than the drivers did little to dampen the jovial mood of Mercedes F1 drivers Lewis Hamilton and Nico Rosberg, who finished the season first and second. As part of their celebrations, the boys just launched two special edition Mercedes SL63 AMG World Championship editions.

The full name of this celebratory model is Mercedes SL63 AMG World Championship 2014 Collector’s Edition, which is a mouthful, but then they are pretty special. They are modeled, apparently, on the drivers’ helmets, with Hamilton’s SL finished in black and garnished with gold accents, and Rosberg’s finished in a vanilla white, reflecting perhaps the character of the man!

Apart from the paint jobs and some pretty cool commemorative plaques, there is little to get excited about with the Mercedes SL63 AMG World Championship models. You do get, however, special keyfobs, so even when you are not in the car people will realize it is something special. Another cool little feature on these models, limited to just 19 units, is special insignias bearing the layout of Hockenheim track on Rosberg’s car and Silverstone on Hamilton’s.

Mechanically, the cars are standard SL63s, meaning they are powered by 5.5 liter bi-turbo V8 engine developing over 550 horsepower. 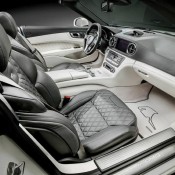 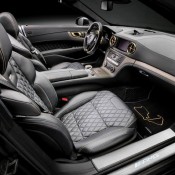 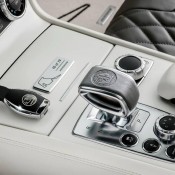