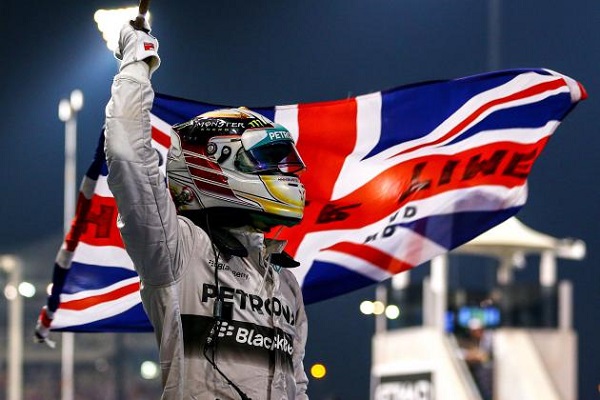 Lewis Hamilton lifting the 2014 F1 drivers crown was always on the cards, but there was that glimmer of hope for an exciting Abu Dhabi showdown in the form of his teammate, Nico Rosberg. The German Mercedes driver even set the stage by beating Hamilton to pole, ensuring he put himself firmly in the forefront of his teammate’s thoughts and quite literally, his vision too. 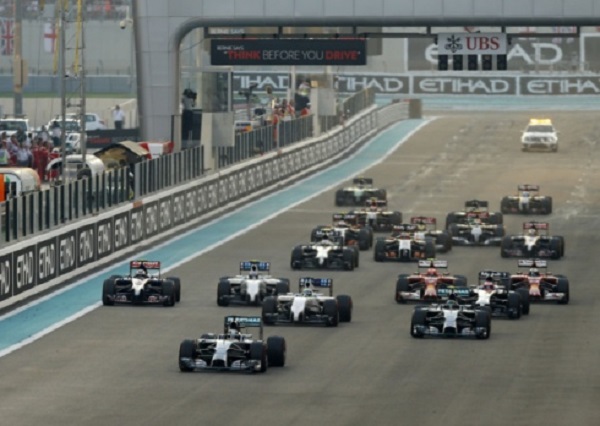 The media claimed Hamilton was calm and relaxed heading into the grand finale, but I had my doubts – I cast my mine back to the 2007 and 2008 championships and the panic that lost him one title and very nearly his 2008 title.

However, all his mistakes of past and the hype surrounding any potential race start mishaps were quickly laid to rest as Rosberg bogged down and Hamilton rocketed past and into the race lead – mission 1 completed. 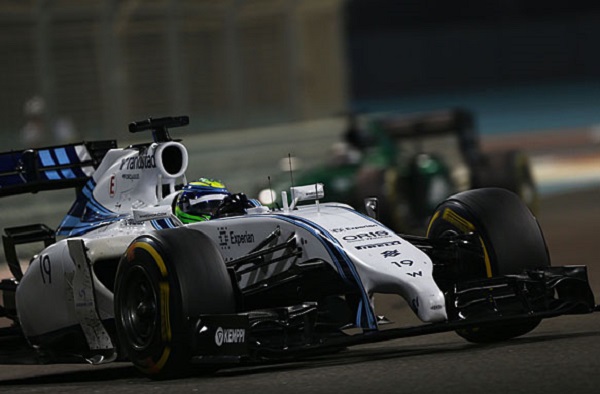 Another driver suffering a disastrous first lap was third-placed, Valterri Bottas, his Williams ending up way down the pack in eighth. Despite the setback, William’s second pilot, Felipe Massa jumped into third, the Brazilian’s sights now set on the podium.

Mission 2 for Hamilton was to build a sufficient gap between himself and Rosberg before the end of the third lap, when ERS became available. Hamilton did indeed successfully achieve his second goal and even found another second after the first round of pit stops; however, it was ERS that ended up knocking Rosberg out of contention for the title race.

On lap 24, Rosberg lost 3-seconds over Hamilton, his radio message simply stating he was losing engine power. Two laps on and Massa streamed past the injured Mercedes for second place. 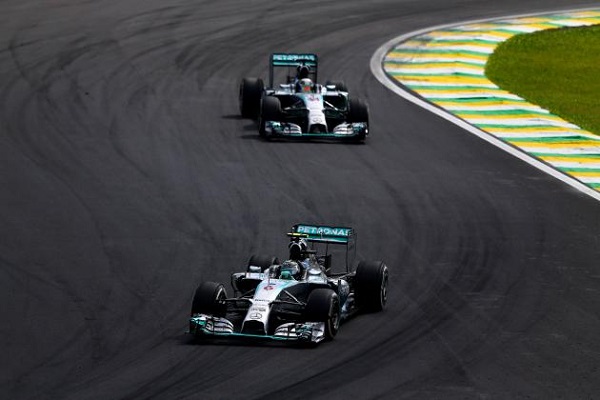 By Lap 32, Massa led the race with Rosberg managing to get up to second after Hamilton’s second stop. It didn’t take the Brit long to catch and pass his Mercedes teammate. With the hope of a Hamilton DNF, Rosberg asked his team: “Just get me a top six”.

With twenty laps to go Bottas streaked past Rosberg, the German’s hope for a top-5 finish now slipping away.

The only remaining excitement came when Massa left the pits on soft tyres, the Brazilian knocking lumps off of Hamilton’s lead.

The Williams driver continued to look like a real threat for the win, but with Rosberg now out of contention and the pressure fully off of Hamilton’s shoulders, the Brit punched in a fast lap as if to say: “Just managing my car, mate, that’s all.”

Nico Rosberg was told to “box, box, box” and retire his car, but the German replied with a rather moving and touching, “No, I’d like to finish the race.” 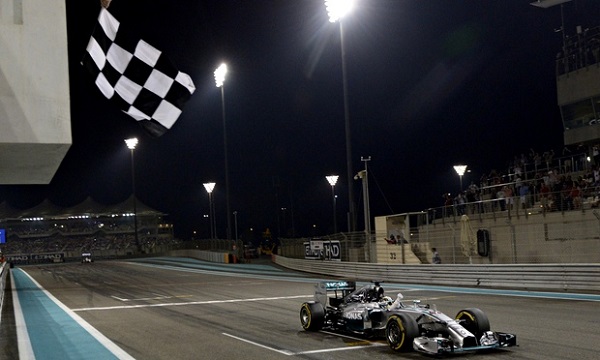 Lewis Hamilton punched the air as he met the chequered flag, the fourth Brit to win multiple titles since Sir Jackie Stewart 43 years ago.

Martin Brundle interviewed Hamilton on the podium, asking: “Can you put into words what it means to you?”

Hamilton’s reply was, “I’m lost for words but I want to thank the fans for coming out all this way. Thanks to my family for coming out to support me. It means even more than the first time.”

After asked about Rosberg’s engine problems, Hamilton spoke highly of his teammate. “He was a fantastic competitor all season. He did an amazing job today but it was sad to hear that his car wasn’t good enough to make it a fight today”.

Despite ending up finishing 14th, Rosberg completed the race and graciously congratulated his teammate on his title win. 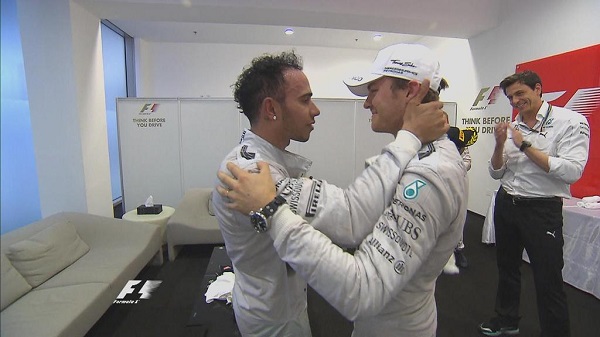 Although it could’ve so easily gone the other way in the world of F1, I think Hamilton deserved the title, with more wins and poles under his belt. That’s not to take anything away from Rosberg – his overall consistence and his form in the last handful of races added the fireworks needed in this new chapter of F1.

Making Money From Buying Used Catalysts: What You Should Know