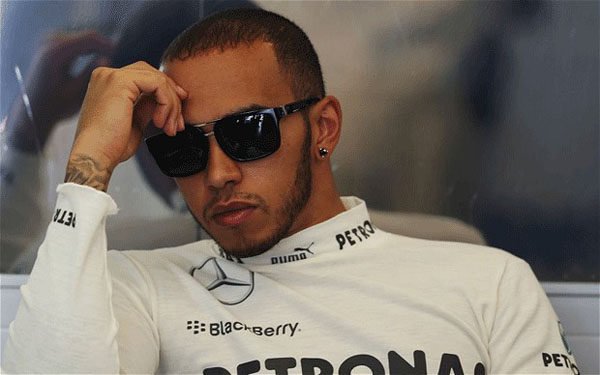 As we head towards the F1 Battle Royal in Abu Dhabi on November 23, the battle scars left upon São Paulo’s circuit have since been washed clean by a thunderstorm, the deepest wounds marking Interlagos’ Turn 4.

Although the penultimate round of the F1 world championship didn’t really offer up anything other than the usual Mercedes dominance, a tiny chink in Lewis Hamilton’s armour opened the door for an extremely exciting final round. 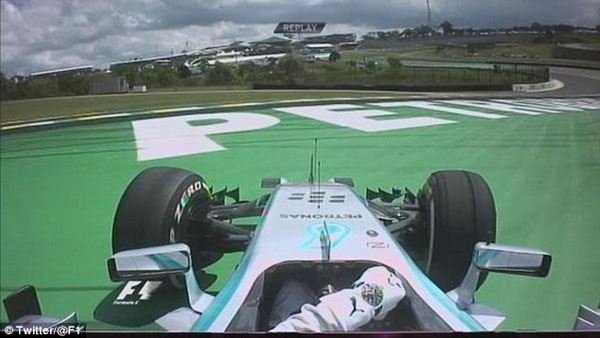 Before the racing kicked off in Brazil I predicted an error from Hamilton, and although I expected a puncture, or at worst, a DNF, the title leader did make a mistake. Although it was only a spin at Turn 4, costing him a handful of seconds, it has certainly changed the mindset of both Mercedes drivers heading towards Abu Dhabi.

Rosberg’s win now puts him only 17-points behind his teammate, and with double points (50) up for grabs in the final race, Hamilton would do well not to dwell on his past actions when faced with similar conditions. 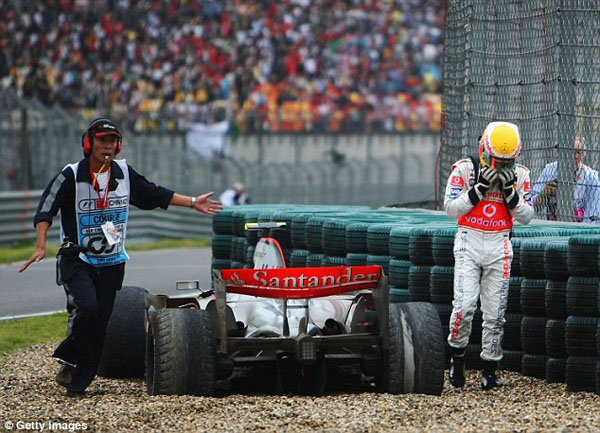 Let’s go back to Hamilton’s rookie season, a fantastic debut that nearly saw the youngster lift the 2007 driver’s title. You could argue the fact it was Hamilton’s first year playing with the big boys and errors were to be expected (you’d be right saying so),

but having the luxury of retrospect they do reveal a part of Hamilton’s psyche experience hasn’t been able to erase.

The first gremlins to climb inside Hamilton’s head arrived at the penultimate race in China, a race he needed to win or at least secure solid points. After staying out on worn tyres, panic reared its ugly head as he scrambling back to the pits, ultimately beaching his McLaren on pit entry gravel. 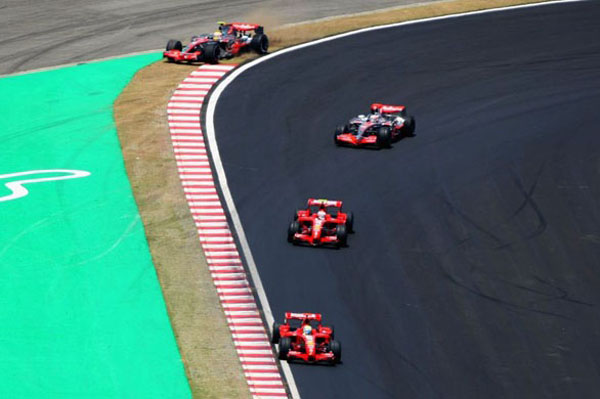 The disastrous final round at Interlagos saw him lose the title to Ferrari’s Kimi Raikkonen by a single point due to nerves and a panic-fuelled start. Not only did this obviously get into his head, a gearbox problem saw an end to his 2007 title chase.

Okay, we’ll let Hamilton off in 2007 as it was his rookie season, and despite the title failure, the Brit gained legendary status, having out-qualified his teammate and beaten the two-time world champion, Fernando Alonso in the standings. Fans and critics put the errors down to inexperience and the high-praise continued until Hamilton’s errors started cropping up in 2008. 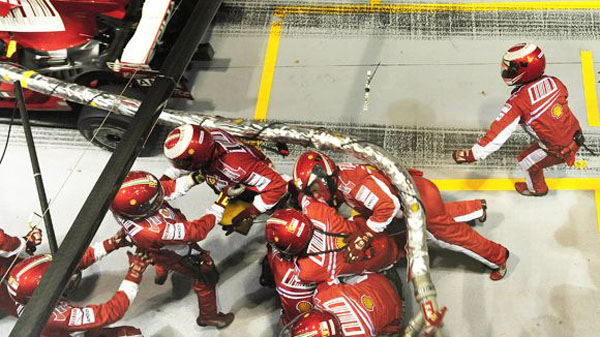 Onto 2008 and another year he probably still experiences chills over even though he lifted the title.

Hamilton’s season wasn’t exactly bad as he won 5 races and took 7 poles, but after the usual season setbacks such as punctures, penalties, mistakes and slow stops, the Brit placed himself under big pressure in another close finale, this time with Ferrari’s Felipe Massa.

After a poor start to the season the Brazilian had gained momentum, and after securing pole at Singapore’s night race, a safety car pit opportunity and lollipop light error saw him prematurely leave his box along with the fuelling hose, ending up with a DNF.

Massa needed to win at his home grand prix in Brazil with Hamilton finishing sixth or less to secure his first title. The Brazilian stuck his Ferrari on pole and also won the race in severe wet conditions – he did what needed to be done.

Hamilton, however, made a pig’s ear of the whole occasion. After struggling in the rain and losing places, the title came down to the final corner of the race. Massa had quite literally sailed past the chequered flag as the rest of the world held its collective breath.

The title looked like Massa’s – the Ferrari garage prematurely celebrated – as Hamilton struggled in sixth place. However, with just one corner to go, Hamilton found grip and past fifth-placed Timo Glock, taking the title-winning points.

It really doesn’t get any closer than 2008, a thrilling spectacle anyone can appreciate. In fact, take a look at the closing moments at Interlagos below. As a Ferrari fan I suggest any fellow Tifosi skip it and just think of 2015 and Sebastian Vettel wrapped in scarlet racing overalls.

My point, and what it all this boils down to is, can Hamilton calm his inner gremlins at Abu Dhabi? With double points on offer and his previous close calls in title challenges etched into his memory, will it be double points or double jeopardy for the Mercedes driver on November 23?