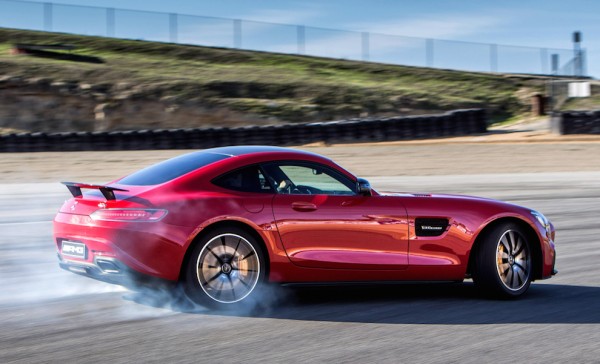 The U.S. pricing of the new Mercedes AMG GT S sports car has been revealed and it’s a very reasonable – at least compared to the cars it rivals – $129,900 USD ($130,800 with destination and delivery). The car also comes in a less powerful non-S version, but nobody seems to be bothered about that one.

The Mercedes AMG GT S packs a 510 horsepower punch from a 4.0 liter twin-turbocharged AMG V8 engine which sends its power through a seven-speed dual-clutch transmission and an electronic diff to the rear wheels.

Being a Mercedes, the GT S features a whole host of driving aids and safety systems, but AMG has made sure they are tuned in a nice and sporty manner. So the driving experience is actually un-Merc-like. Most people who have driven the GT compare it to the Porsche 911 Turbo, which costs 20 grand more.

The less powerful Mercedes AMG GT is pretty much identical to the S, except for the fact that it has a mechanical diff and has to make do with ‘only’ 460 horsepower. Deliveries of the GT S will begin in April, with the GT joining the lineup about a year later.