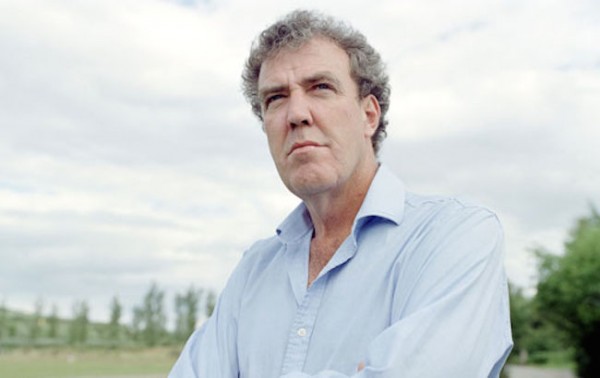 Rumors about Jeremy Clarkson pondering quitting the BBC regardless of the outcome of the pending investigation about the infamous “fracas” he had with one of the producers are now gathering heavy momentum as the presenter breaks his silence and talks, sort of, about how things might turn out.

Speaking to The Sun, Clarkson likened himself to a dinosaur whose time on earth has come to an end and it needs to go away and make room for new and improve species. Whichever way you cut it, that sounds like he is pretty serious about quitting. We are not hit by the possible demise of Top Gear as a result of Clarkson’s departure as bad as the melancholy tone with which Jezza decided to let the public know about his decision:

“Nature made a mistake when it invented the dinosaur. It was too big, too violent and with such small and puny arms it was never going to be able to operate heavy machinery or even enjoy a bit of special “me” time. All the dinosaurs died and now, years later, no-one mourns their passing. These big, imposing creatures have no place in a world which has moved on.” He continued: “You can start as many campaigns as you like and call on the support of politicians from all sides, but the day must come when you have to wave goodbye to the big monsters, and move on.”

Of course, this being Clarkson, he quickly changes the mood by saying that reports suggesting he had been seen using a bus were wildly inaccurate: “I can assure you that things are bad. But they are not that bloody bad.”

Meanwhile, more details have emerged on the altercation that started the whole affair. Apparently, Clarkson has indeed hit the producer in charge of getting his dinner, reportedly in the face, but not before calling him a ‘lazy Irish c***’. That is, obviously, not cool and Jeremy should apologize for what he did. But to end his career over it? That seems a bit rash. Not to mention it is going to break the hearts million of Top Gear fans all over the world.

Let’s wait and see what will become of this sad thing that is going on right now. But it’s not looking good, we’re afraid.