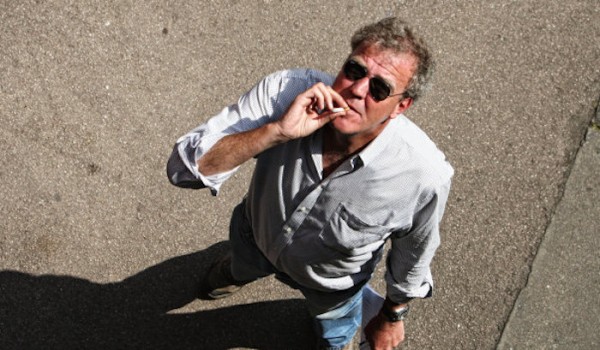 Details of the quarrel between Jeremy Clarkson and a producer, which led to the suspension of the presenter and postponing the rest of Top Gear Season 22 episodes, are starting to come to light. Apparently, Jeremy has punched 36-year-old Assistant Producer Oisin Tymon, because… well… his dinner was late!

These are unconfirmed reports published by British tabloids who do not enjoy a reputation for absolute honesty. But if we’re honest that does sound like Clarkson. Many still remember how he did the same thing to Piers Morgan some years ago, and then bragged about it on TV every chance he got.

It is kind of funny that Jeremy Clarkson should survive all the controversies he caused and all the fury he sparked on an international level, but get in serious trouble over an internal row about something so pitifully insignificant as dinner. But apparently that’s what’s happened, and the way these affairs are, you know it will entail more feud and drama. The real victims here are Top Gear fans who were expecting 10 episodes this season, but only got 7. And that might be it. This issue has enough weight to drown TG.

Meanwhile, people at Change.org have created a petition to force BBC to reinstate Jeremy Clarkson. The guy may have some quirks, but many people in their thirties today have grown up watching Jezza and Top Gear as a kid. Losing him will be harder for them to bear than losing Tony Soprano!

The Petition is signed “Freedom to fracas” and #BringBackClarkson. Go there now and add your signature.