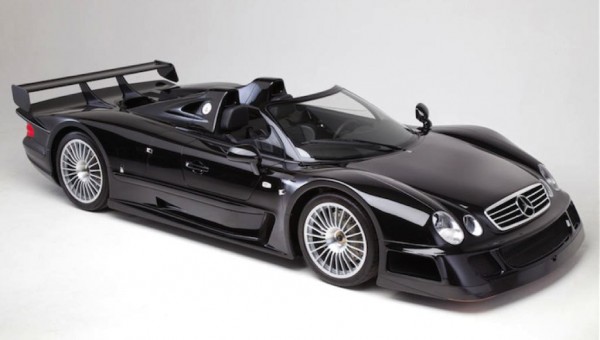 Millionaires and billionaires go get your check books because an absolute gem has just appeared under the radar. It’s a 1999 Mercedes CLK GTR Roadster that has never been used which means it’s practically brand-new. The car is offered by Bonhams and will go under the hammer at the Goodwood Festival of Speed sale.

This car apparently belongs to a Dutch collector who bought it purely as an investment, knowing that someday it would turn into gold. In fairness though, the CLK GTR has always been a rare and exotic car, even in the 90s, as they only made six of them. But the significance of this car is not just due to its rarity.

Mercedes CLK GTR Roadster is a road-going version of the old Mercedes GTR Le Mans racer and it features a 7.0 liter V12 engine with 620 horsepower. It has all the characteristics of a thoroughbred, which means it is massive yet has a tiny interior, and it’s hellishly fast but a bit of a handful to keep in check.

Not that people who buy this car are ever going to drive it. The 1999 Mercedes CLK GTR Roadster is expected to fetch between £1.4 million – 1.8 million (US$ 2.2 million – 2.8 million), which is more than twice what a McLaren P1 costs.