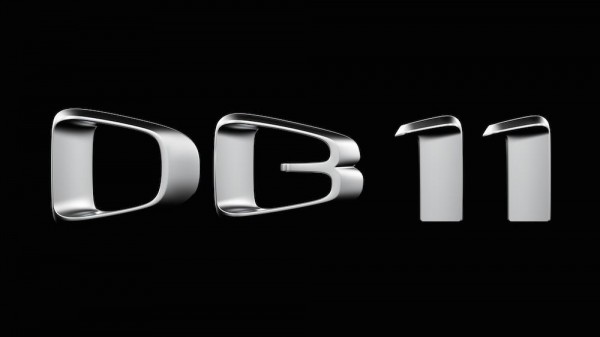 British luxury sports car maker Aston Martin does not have anything new to show at this year’s Frankfurt Motor Show. What they do have is an exciting piece of news. They have just officially confirmed Aston Martin DB11 as the name of their forthcoming new sports car.

We all knew that, of course, as the prototypes of this bad boy have already been spotted at the Nurburgring and other places. But the name is now official. What’s more, according to Aston, the name “signals the start of an exciting period of dynamic product development by the company.”

As the replacement for the DB9 which has been in production with very little change for nearly fifteen years, Aston Martin DB11 has a lot to live up to, especially in terms of design. Mechanically, the car is ought to be good since it will be using an AMG-developed drivetrain, and there is no concern about the luxuriousness of the thing. It is just the design Aston has to get right.

Announcing the DB11, Aston Martin CEO Dr Andy Palmer said: “Today I am proud and pleased to confirm that the DB11 nameplate will sit on our next new car. Not only is it a sign of our intention to continue the long line of iconic sports cars that bear the ‘DB’ moniker – the very bloodline of our brand – but it also shows the world our ambitious plan in action. The coming years will see Aston Martin transform not only its entire range of models but also its scale and global presence, and the new DB11 will be central to that success.”