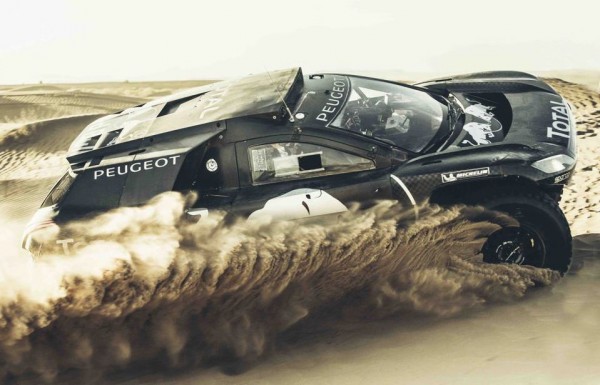 Peugeot Sport unveiled a new version of their 2008 Rally Dakar fighter. The new Peugeot 2008 DKR16, which as the name suggests is designed for competition year 2016, will have its first taste of action later this year before heading to South America.

Longer, wider, lower and more powerful than its predecessor, Peugeot 2008 DKR16 also looks more aggressive thanks to shorter front and rear overhangs and new bonnet and roof-mounted air-intake. These changes also have positive impacts on the aerodynamics of the rally car.

Under the skin, Peugeot 2008 DKR16 features redesigned suspension suitable for a variety of terrains which work in tandem with magnesium one-piece wheels wrapped in lighter tyres from Michelin. The car also has better weight distribution, and a more powerful 3.0-litre V6 twin-turbo diesel engine, all of which means it is a completely different beast than the old model. 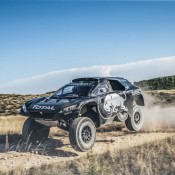 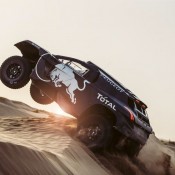 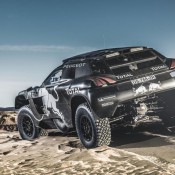 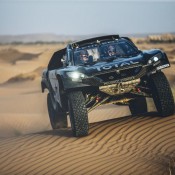 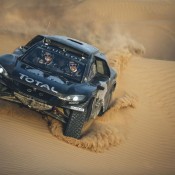 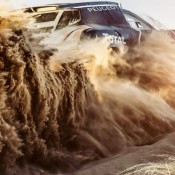 PEUGEOT SPORT Director Bruno Famin commented:  “There isn’t one big change that we have made on our car: instead it has been a series of small evolutions in different areas, which together we hope will amount to an overall improvement. The areas we have concentrated on include bodywork and aerodynamics – as a result of which the car looks slightly different compared to last year – as well as engine and suspension, which is all under the skin. The tests we have carried out up to now, as well as our one-two finish in China recently, indicate that we are heading in the right direction. You really cannot compare our state of preparation now to how it was for our first Dakar this time last year, when everything was new to us! Of course you can never say that you are completely ready for the Dakar either, because you simply never know what it will throw at you, but certainly this time we are more ready.”