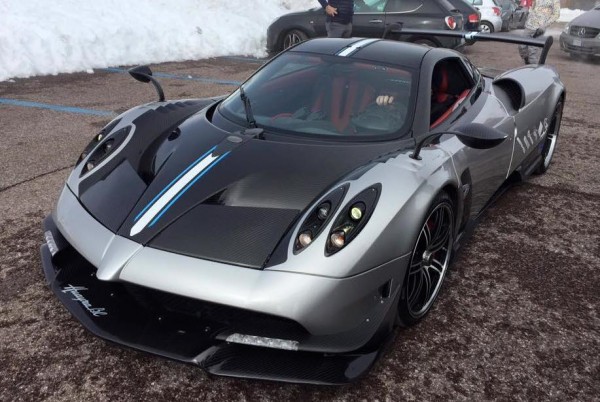 Although we were expecting to see the Pagani Huayra BC in its full glory at some track event or private viewing party, the first undisguised pictures of the new hyper car comes from a ski resort in Mount Etna, Italy. It was either doing some high-altitude winter testing, or the driver was just using it as his vacation car.

The most interesting part is that this Pagani Huayra BC was photographed by a regular guy who was just enjoying the scenery and thought the car would look cool in the gallery he posted on Facebook of Mount Etna. In other words, all the big spy photographers missed the first sighting of what is one of the biggest super car debuts of this year. 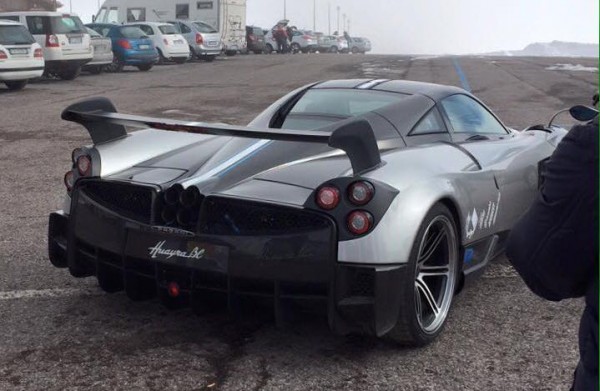 Pagani Huayra BC is a hard-core version of the Huayra designed primarily for track work. Set for debut at the Geneva Motor Show in March, the BC comes with a revised body work featuring a huge spoiler at the back and a new front splitter with extra flaps. The car is definitely lighter than the Huayra and almost certainly has more power as well, we just don’t know how much more at this moment. 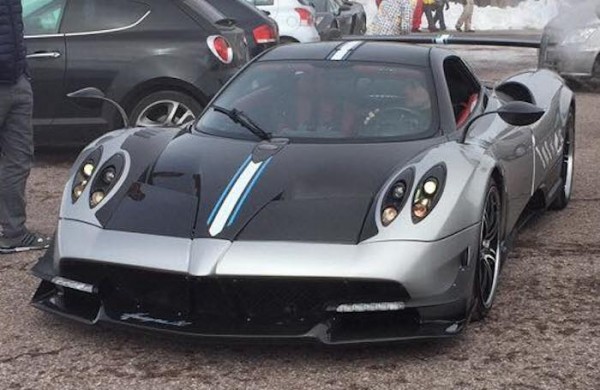 Hopefully the two-tone carbon and beige paint job on this car is just a prototype color and not something they are going to feature on the production version, because it’s hideous. We will be hearing more about the BC in the run up to its debut in Geneva, so stay tuned. 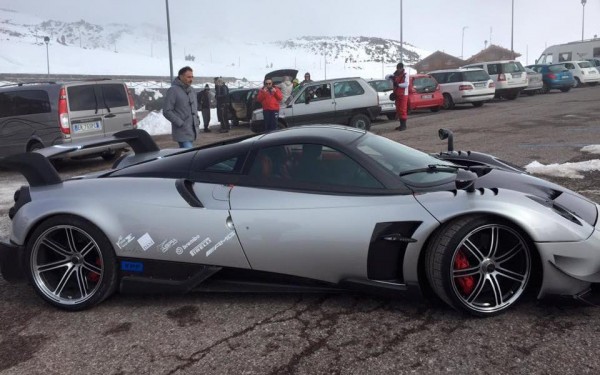 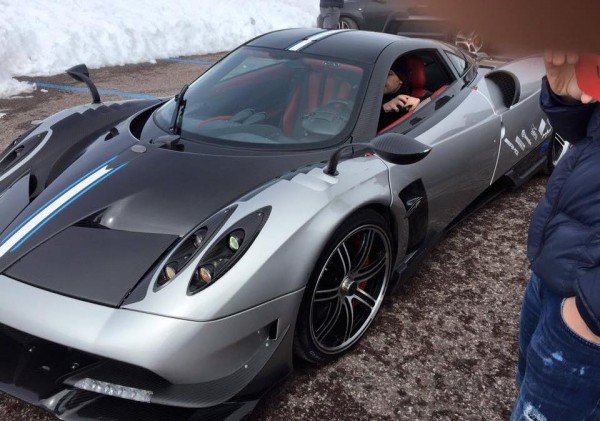 Photos by Angelo Daidone via GTspirit