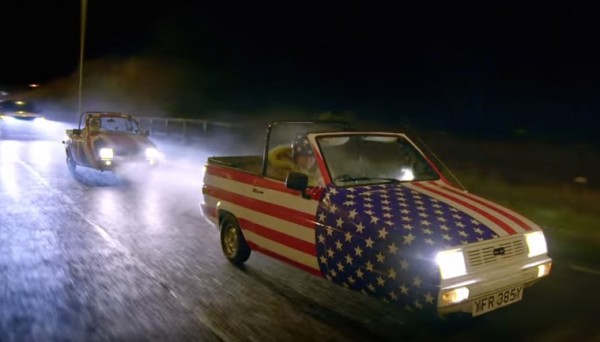 Over the past few months, amid serious doubts and criticisms, the new Top Gear crew led by Chris Evans kept their heads down and busied themselves filming an all-new season. They are now ready to release the first teaser trailer for the new show, giving us a glimpse of what’s to come when the new TG hit the airways in May.

And we have to say it is looking rather good. It is pretty much the same blend of fast, cool cars, celebrities, sideways action, and general cocking about we got from the previous Top Gear team. So it will all come down to whether or not you are willing to accept Evans, Harris, Blanc, Schmitz and the others as TG hosts.

Now, of course there is going to be some similarities between the new Top Gear and the old one so far as the stunts and trips and comparison tests, and a lot of people are going to think Evans and Co. are copying the homework done by Clarkson and friends. And that would be true. But then again, there are only so many comic things you can do with cars. So lets give these guys a chance to prove themselves before dismissing them out of hand.