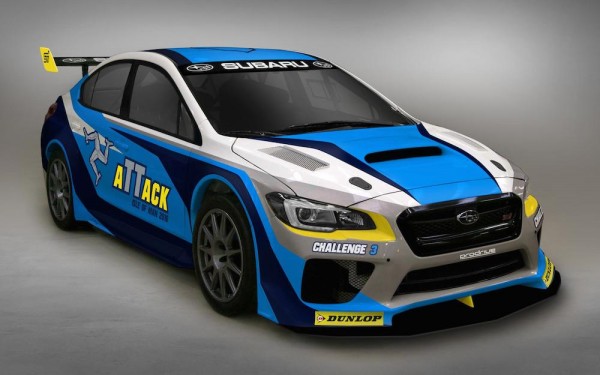 Two years after setting a new lap record for the world famous Isle of Man TT Course, Subaru is prepping a new car to have another crack at it and improve their own time in 2016. The vehicle being built for this purpose is a special Subaru WRX STI Time Attack, to be driven by the same guy who did the first run, rally guru Mark Higgins.

Interestingly though, it’s Subaru of America gunning for a new record at the British course, and on the evidence of the car’s they have come up with, they are taking it very seriously. The 2016 Subaru WRX STI Time Attack is built in partnership with Prodrive and Subaru Technica International. Boasting a massive aero kit, special tires, and a yet-to-be-detailed upgraded powertrain, the WRX TA does not seem to have much difficulty improving on the 2014 record which stand at 19 minutes and 15 seconds for covering the 37-mile course with an average speed of 117.51 mph.

“We are excited to be back and running on the Isle of Man TT course,” said Dominick Infante, National Manager of Product Communications, Subaru of America. “This is one of the most amazing road courses in the world and the Isle of Man TT is one of the most exciting races of the year. We have previously run the TT Course in near-stock Subaru WRX STIs, but this year we set out to design the ultimate WRX STI for this circuit.”