Latest @ MW
Home /What Are the Best Performance Mods for the Subaru WRX? 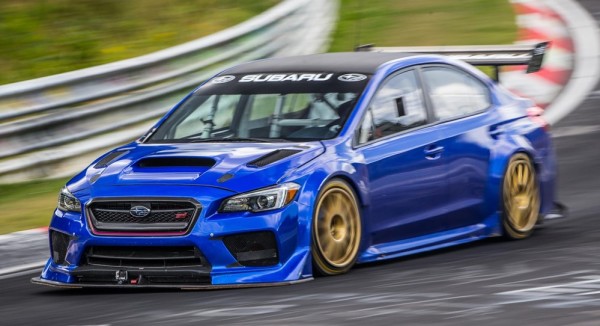 If you love your Subaru WRX and want to improve its performance, then you need to look into the wide realm of modding.

This refers to swapping out stock parts for better aftermarket components that result in better performance. The Subaru WRX is a popular car for modding, and fortunately, there are many WRX mods available to improve your car’s capabilities.

While modding can be expensive and addictive, the increased power output of your vehicle is often well worth the cost. Some mods aren’t worth installing, so it’s important to figure out which ones will net the different that you’re looking for.

We’ll take a look at six of the most effective mods for the WRX below to help you get started!

One mod you should start with is a cold air intake (CAI).

A CAI is useful for improving the supply of oxygen to your engine, which then translates to greater power. It can provide a direct boost to your horsepower output, better responsiveness in acceleration, and a superior fuel economy.

This will serve as a great entryway into modding, especially because of how inexpensive a cold air intake is. While many mods can easily run you into the thousands, this one will cost you just a few hundred.

If you’re planning on installing other mods, then the impact of a CAI becomes more effective. Your air intake can quickly become a throttling point when using a stock intake with other powerful modifications.

For the low cost, the benefits of a cold air intake system are well worth it.

Another great mod to install is a new downpipe for your exhaust system.

This is the section of piping that connects your catalytic converter to the turbo exit. Aftermarket downpipes are not particularly useful on vehicles with a standard engine, but they become significant with a car that has a turbocharged engine, like a WRX.

The reason for this is because a turbocharger needs adequate airflow to function at max capacity. Many stock downpipes have several bends and curves in them that can impact airflow.

An aftermarket downpipe will fix this because they typically feature few (if any) bends that allow for unrestricted airflow. This will cause quicker spooling within your turbocharger, meaning greater power when you step on the gas.

You should also consider replacing your stock top mount intercooler (TMIC) found right above your engine.

There are two ways to do this. You can either swap to a front mount intercooler (FMIC) or replace your TMIC with a larger model.

The one you decide to use will depend on how much modding you have planned for your WRX. If you want to go above 500 wheel horsepower (WHP), then you’ll need a front mount intercooler to handle the extra temperature.

On the other hand, a top mount intercooler is a better choice if you don’t plan on modding your car to that extent. However, the stock intercooler is far too small for any major modifications, which means you’ll need to replace it with a larger model.

Doing this will directly translate to increased performance.

This is because an intercooler is essential for converting hot air into cool air as it enters your engine, which becomes particularly important with supercharged engines. With a stock intercooler, your engine can choke if too much heat is created.

Replacing the stock intercooler with a larger TMIC will result in greater cooling and therefore no choking when you get to high RPMs. This is critical when you begin to add multiple mods to your WRX.

Another useful mod you can perform is a flex-fuel conversion. This modification will allow your car to use gasoline that has higher concentrations of ethanol.

Normal gas is usually a mixture of 90% gasoline and 10% ethanol, or E10. With a flex-fuel conversion, your WRX can use gasoline mixtures with concentrations of 85% ethanol and 15% gasoline, or E85.

This is useful for performance cars because E85 gas is more resistant to detonation, which happens when fuel ignites prematurely in the combustion chamber. As a result, more power is supplied to the engine with detonation-resistant fuel.

Additionally, E85 gas has natural cooling abilities that limit the heat created by your supercharger. This makes it easier for your air intake system to function, which also translates to an increase in power.

A fairly straightforward mod that doesn’t involve your engine is new performance tires.

To be precise, you want extremely sticky tires with great grip. This will allow you to convert your engine power directly to the road, rather than subpar wheels that might waste horsepower by spinning in place.

With sticky tires, you’ll experience more responsive acceleration and better handling when going around corners. As you begin to deck out your WRX with mods, your bottleneck can quickly become your tires if you aren’t able to fully translate your power to the road.

One final mod to consider is engine tuning, which should be a staple after installing any other modification.

This is the enhancement of several components within your engine that results in more power, greater handling, and superior responsiveness in acceleration.

Tuning is important because your car was originally tuned to stock parts without any mods. When you add aftermarket parts, you’ll begin producing more output than your engine is calibrated for.

While the Subaru WRX is already a fairly sporty car, it has an abundance of room for modifications that will increase your performance. Modding your car will typically translate to greater horsepower, better acceleration, and more precise handling.

We mentioned six excellent mods for your WRX above, including a cold air intake, an aftermarket downpipe, a larger top mount intercooler, a flex-fuel conversion kit, new tires, and engine tuning.

Installing any or all of these mods is a great way to spike your WRX’s power capabilities. Because modding can get quite expensive, it’s best to research and plan your modding goals before starting so that you can quickly get the results you’re looking for! 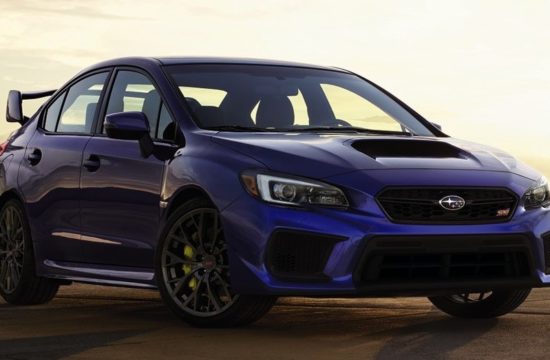