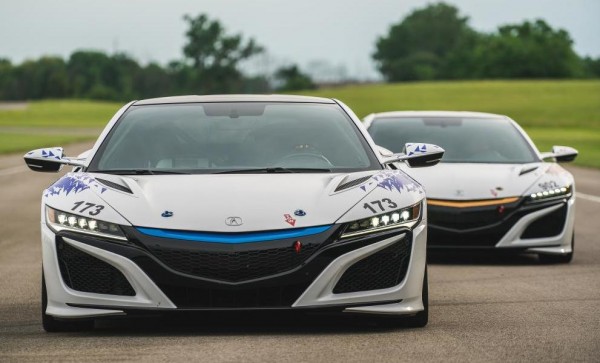 We all knew this was a given, but to put our minds at ease Acura announced they are indeed sending the new NSX to Pikes Peak this year to see how the new production supercar fares in the legendary hill climb challenge. There are two 2017 Acura NSX Time Attack cars competing this year, driven by brothers James and Nick Robinson.

There is not going to be any sibling rivalry between these two, though, seeing as they compete in Time Attack classes 1 and 2. Acura is also fielding an NSX-inspired prototype vehicle in the Electric Modified Class as a sort of trial for he experimental all-electric, 4-motor Super Handling All-Wheel Drive (SH-AWD) powertrain which could very well find itself in a production EV supercar in the future.

Acura NSX needs to do well at Pikes Peak rather badly because since it’s been out in the real world it hasn’t received as much love as the company had been anticipating. Most reviews called it cold and soulless and some even went so far as calling it boring. A respectable Pikes Peak time would provide Acura with some bragging rights to counter those arguments and prove the value of its complicated, but sophisticated hybrid powertrain.

Speaking of powertrain, Acura NSX features a a twin-turbo V6 engine mated to a 9-speed dual clutch transmission and Rear Direct Drive Motor, and a front Twin Motor Unit. The Time Attack 1 car also gets a custom high-flow racing exhaust, but Time Attack 2 car will be standard apart from the mandatory safety gear. 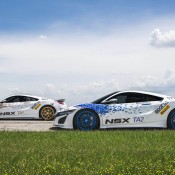 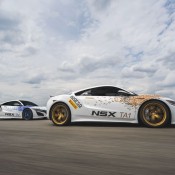 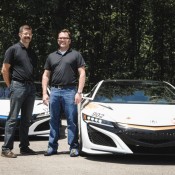 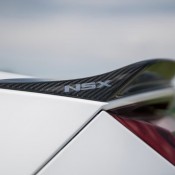 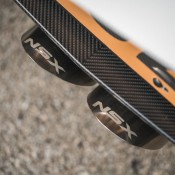 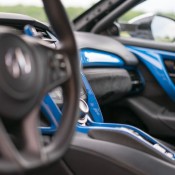