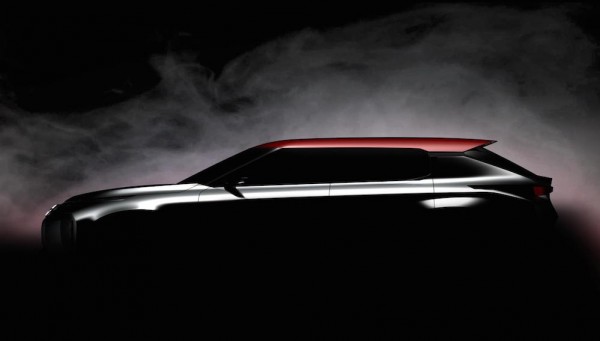 While we are still waiting for Mitsubishi to find its old self back and come up with a product of some substance, they keep designing fancy concepts they have no intention of putting into production. Mitsubishi Ground Tourer Concept is the latest of such concepts, being prepared for debut at the 2016 Paris Motor Show.

As with the previous Mitsu crossover concepts of the recent years, namely the Concept XR PHEV II and eX Concept at the 2015 Geneva Motor Show and the 2015 Tokyo Motor Show, Mitsubishi Ground Tourer Concept boasts a rather interesting design that instantly brings to mind the shape of the Range Rover Evoque. It has a low, floating roof, sturdy lines and buffed up fenders, and a built-in aero kit. It looks good.

Sadly though, it is still an exercise in what Mitsubishi calls the “development of its ‘Dynamic Shield’ design philosophy.” That means they either have no plans to put this thing into production, or if they do it’s not happening any time soon. The Paris-bound concept is powered by the car maker’s latest plug-in hybrid electric vehicle (PHEV) technology and is said to be an excellent crossover both on and off the road. So Just make it Mitsu. Be brave and actually make it.