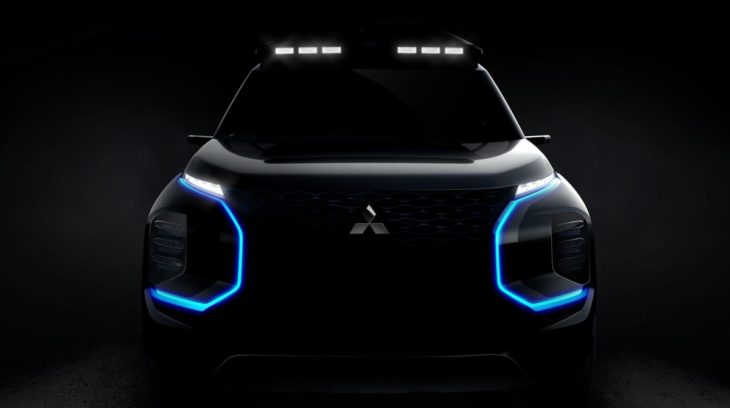 A question many petrolheads have been asking this past few years is what the hell has happened to Mitsubishi? For decades this iconic Japanese car maker was a byword for performance, value and quality. And then one day they just sort of stopped being that. Honestly, we are not even sure what Mitsu is making these days.

We just know whatever it is they are making, it is not interesting because otherwise we’d be talking about them a lot more. Those of you old enough to remember Mitsu’s heyday recall that they were famous for two things. One was making sports coupes and saloons – the likes of the Lancer Evo and the 3000 GT. The other was, of course, producing rugged SUVs unrivaled in terms of performance and durability. The latter is still the case, even though they are now focused more on making their SUVs more environmentally friendly. But as far as sports cars are concerned, they seem to have dropped them like a bad habit.

One would understand that under the current economic climate, and considering the trends of the automotive world, it would not make too much sense for Mitsubishi to bring back something like the 3000 GT. But what we would like to know is, why aren’t we getting a new Lancer? And we don’t mean a Lancer like those rubbish mid-range executive boxes that legendary nameplate degenerated into before it gets forgotten altogether. When we say Lancer we mean the Evo, that magnificent sports saloon that was the envy of car makers everywhere. Where did that go?

If you listen to Mitsu officials they will tell you that they have not dropped the Lancer. But if you delve deeper and look for more details, release dates, and specs, they’ll draw a blank. And that, frankly, is what we don’t get. Something like the Lancer Evo is very much a car of the times. For starters, it has that cool and highly respected badge and that is something people appreciate greatly these days. Plus, a practical four-door saloon with a high-performance powertrain and sweet handling has proven itself to be a successful recipe, even in the age of hybrids and electrics. What’s more, launching a new Lancer is the optimum chance for Mitsubishi to step up their hybrid/electric game. We’re sure nobody would object to the idea of a hybrid Lancer in which a small electric motor is employed to boost up the oomph.

Sadly though, Mitsubishi’s top brass seem preoccupied, as they have been for a number of years now, with trying to create the best crossover possible. Now, it would have been alright if they could actually pull it off. Instead, all they have managed to do so far is come up with a new fancy concept each year – and they all look fairly similar to each other – promising this time they have cracked it. The latest of this bunch is the Mitsubishi Engelberg Tourer Concept you see above, set for debut at the next year’s Geneva Motor Show. Come on, Mitsu. Not again. We reckon there is an urgent need for a few heads to roll up at the Mitsu HQ.