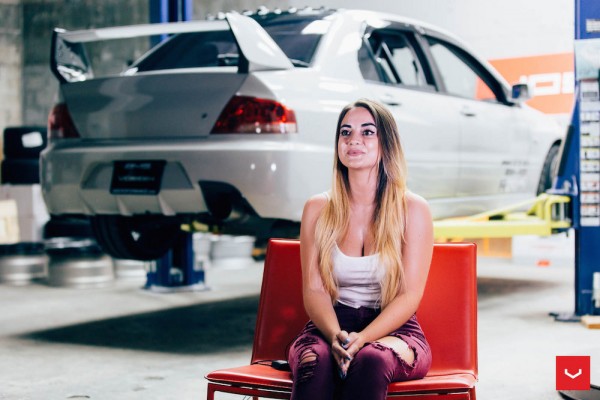 There is something strangely attractive about a girl who’s fond of cars and driving precisely because those are predominantly male territories. Now Maria Gaston has taken this to a whole new level since not only does she love driving, she has a serious sports car and best of all, she works on it the way other girls work on their hair or nail polish.

We think that’s pretty cool. Call us sexist, but we wouldn’t say that about a guy. In fact if a guy drove the 500 horsepower Mitsubishi Evo drives we’d call him a jackass because it’s not a good car for a man to be seen in. It marks you as a car nerd and that is very uncool. But when a car drives such a thing, that’s awesome because girl can even make nerdiness look sexy!

Maria recently took her Evo to Vossen Wheels for a new set of wheels, and the guys at the shop had to sit down with her to try and find out why aren’t all girls like this: 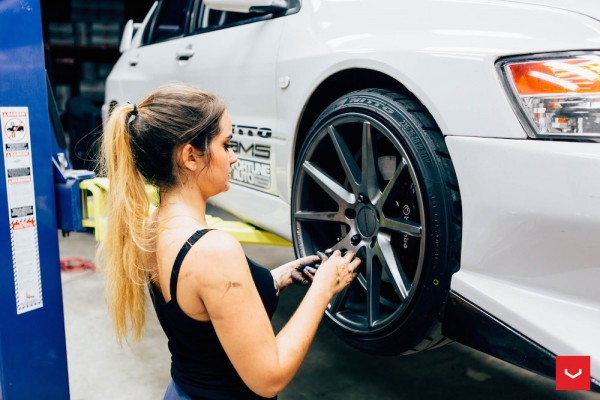