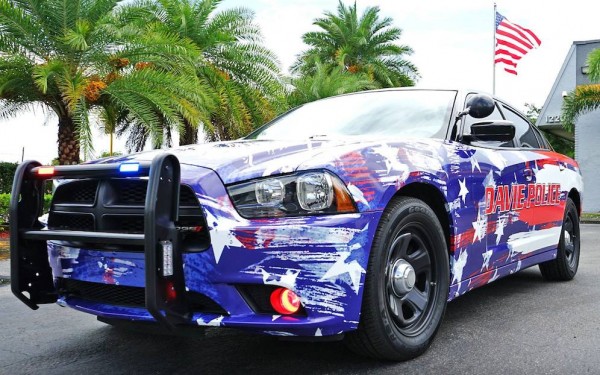 Davie Police Department of Florida decided they wanted to be extra patriotic on this year’s Independence Day and had one of their Dodge Charger cruisers wrapped in a special 4th of July-inspired design. The wrapper doing the honors is Miami’s own Metro Wrapz.

The wrap on this Dodge Charger cruiser is just Murica as f*ck, featuring the Stars and Stripes on the front fascia and the sides of the vehicle, and a massive bald eagle on the hood looking at you as if to say “you’re a long way from home, boy.”

For some reason this 4th of July Dodge Charger reminds of the Lamborghini Trumpventador we saw at GoldRush Rally a while back. It has the same aura of xenophobia and redneckery about it. I think it is safe to say, judging by what they’ve done to this car, that collectively Davie Police department is not voting for Hilary this November.

So if you are a person of color – or an immigrant, or just someone who looks a bit funny – and you saw this car coming just put your hand behind your head and get on the ground. Don’t take any chances. 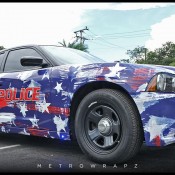 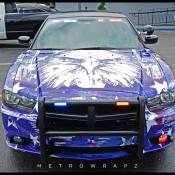 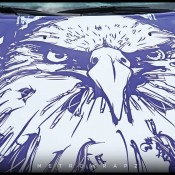