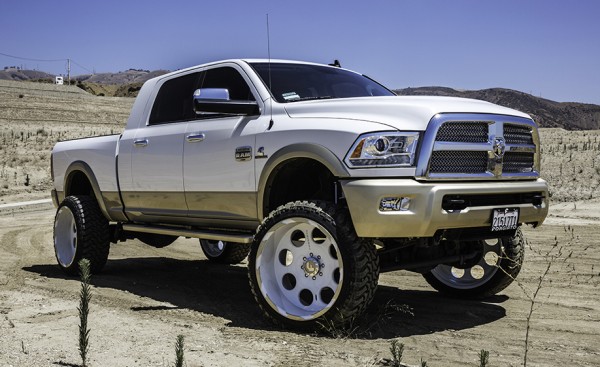 One of the most notable highlights of the Mega Cab versions of the Ram 2500 trucks is the sheer size of the thing. Featuring this particular characteristic, the guys at Forgiato Wheels have no added some serious height to the truck’s massive bulk, thus creating one of the most formidable vehicles in America right now.

This thing is HUGE. Those are not saplings you see in the photo above. They are actually fully grown trees! Not really, but you get the picture. When you start with something that big and then jack it up so high, the end result is not going to be very practical, but boy is it cool.

That said, don’t expect this super high Ram Mega Cab to win you any Baja races or be particularly good at tackling Death Valley. The 26-inch Forgiato Rivoto-T wheels from the Forgiato Terra series might look all big and mighty, and the tires may have some good chunks on them, but the sidewall is way too small for a proper off-roader. There is no give in those tires for going over rocks and such, and you don’t wanna scratch those rims as they cost as much as a very nice used family sedan.

So yeah, like most other Forgiato cars this Ram Mega Cab is more of an eye candy, a show piece, than a real workhorse. But that’s OK. Nobody who has to use his Mega Cab for work can afford a set of Forgiato wheels anyway. 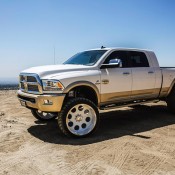 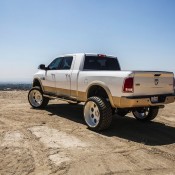 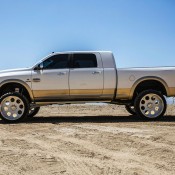 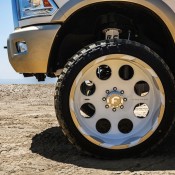 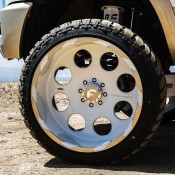 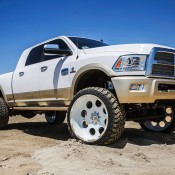 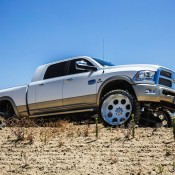 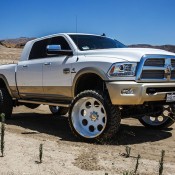 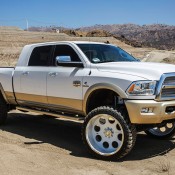 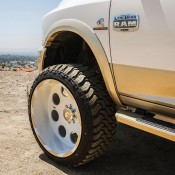 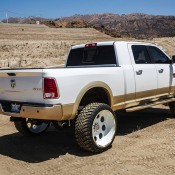 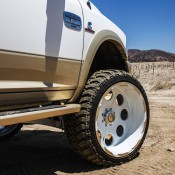