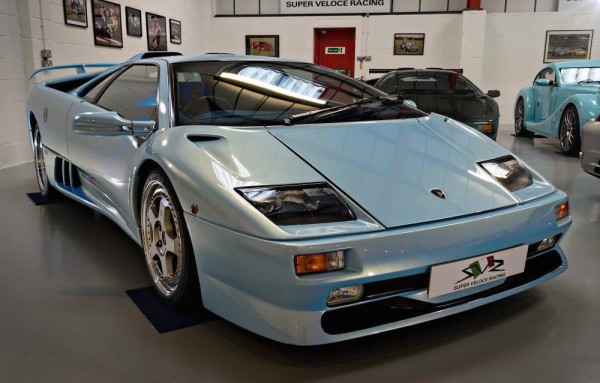 If you are one of those people who are still mourning the death of the old vicious, tough, hard-core Lamborghinis, well good news! A 1998 Lamborghini Diablo SV has just become available for sale in the UK and it has some really juicy specs.

The Diablo was the last of pure-bred Lambos before the company was bought by Audi and infused with a heavy dose of German commonsense. So it is fair to say that Lamborghini Diablo SV is a real man’s Lamborghini with a massive 490bhp V12 engine, a 5-speed manual gearbox, rear-wheel-drive, and a top speed of more than 200 mph.

What sets this Lamborghini Diablo SV apart, besides the one-off Ice Blue paint job, is a number of special features fitted to it. This car was prepared by Lambo for the 1999 British Motor Show and original bought it straight from the show. The car comes with SE side skirts, a carbon fibre gear lever, a performance grade stainless steel exhaust system and a two-tone alcantara interior with grey, light and dark blue shades and blue contrast stitching.

This car is currently on sale at Super Veloce Racing in the UK with 6,941 miles (11,171 kilometres) for £265,000. The kit is complete and includes a fully detailed history file, full Lamborghini service history, both keys and every original accessory in place, including the rare Lamborghini umbrella. 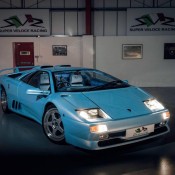 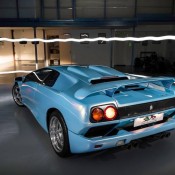 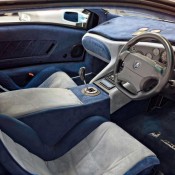 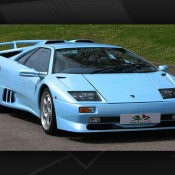 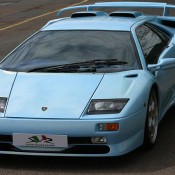 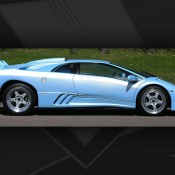 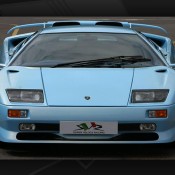 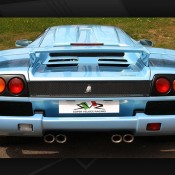 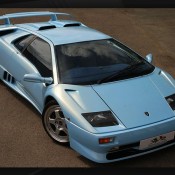 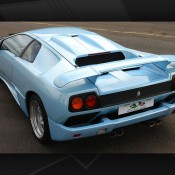 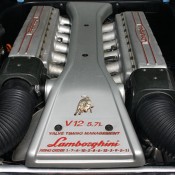 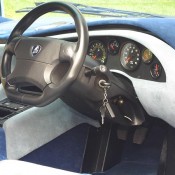 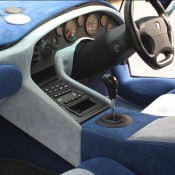 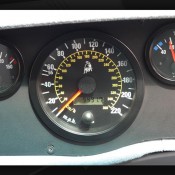 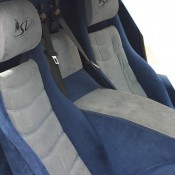