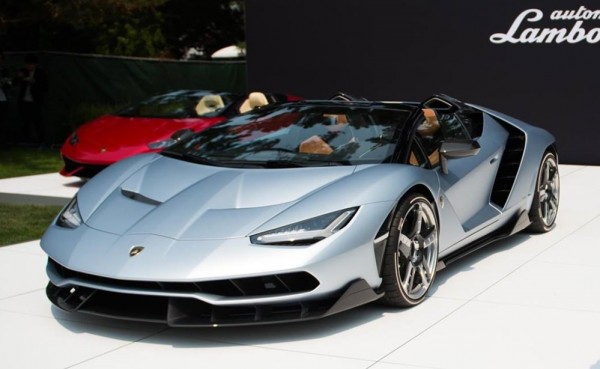 One of the stars of this year’s Monterey Car Week was without a question or shadow of doubt the Lamborghini Centenario Roadster. Even though the car is nothing but an Aventador SV Roadster in a fancy dress, despite the fact that it costs $2 million apiece, and not taking into account that it’s already sold out, the open-top Centenario is still one helluva showstopper.

We showed you the official press photos of this insane machine before, but now let’s see it up close and personal right from the lawn at Pebble Beach Concours:

Finished in a special silver exterior color, called “Argento Centenario”, Lamborghini Centenario Roadster looks even crazier than its hardtop counterpart, as somehow the lack of roof accentuates the unique aero parts, namely the loopy rear diffuser. Despite the weird shape and everything Lamborghini insists this car has excellent aerodynamic efficiency, which is a good thing because it is still a Lambo and therefore damn quick.

Lamborghini Centenario Roadster is powered by the same V12 engine you find in the Aventador SV with 770 horsepower. Accelerating from 0-100 km/h in just 2.9 seconds the Roadster’s top speed is more than 350 km/h. Braking distance is equally impressive: from 100-0 km/h in just 31 m (102 feet). Not that any of the 20 owners are ever going to put those figures to tests. After all, the damn thing’s cost them 2 million dollars. 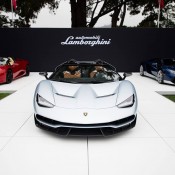 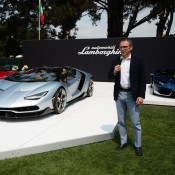 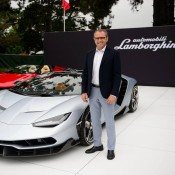 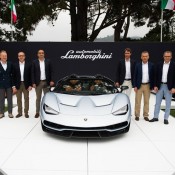 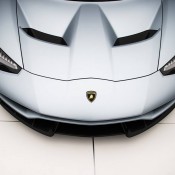 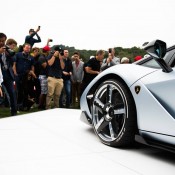 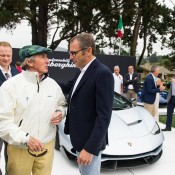 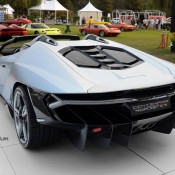 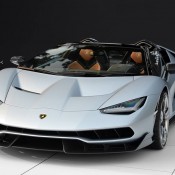