Latest @ MW
Home /Blast from the Past: Ultimate Six Hummer 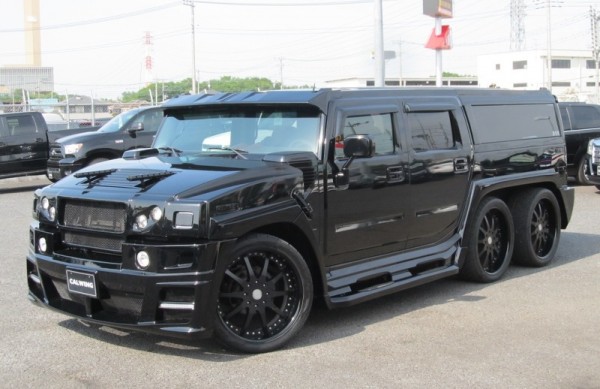 Long before Mercedes-Benz even entertain the idea of putting six wheels on their G-Wagon, Japanese tuner Calwing (213 Motoring in the U.S.) had come up their own six-wheeled SUV in form of the mighty Ultimate Six Hummer. This thing could very well be the coolest car in the world!

The Ultimate Six Hummer is basically a stretched H2, but instead of doors they have added axles and wheels. Over the year Calwing has produced a good number of these things, but as for why they didn’t catch on and didn’t even get much press, well, that could be because they are fairly rubbish. I mean, we know for a fact that the standard H2 was absolute garbage in terms of quality, usability, and overall value. So you can imagine what a stretched aftermarket version of that car with two extra wheels would be like.

But to worry over the quality and practicality of something like the Ultimate Six Hummer is missing the point completely. This is not a not a car, but a toy. And as far as big boy toys go, it’s friggin’ awesome. So yes, a car can be terrible and yet cool and wonderful at the same time, the U-Six being an example. The six-wheel SUV is equipped with a custom NEXTNATION body kit with bespoke bumpers, grilles, fenders, and running boards, as well as 24 inch Hyperforged wheels. While the beast does get air suspension and a Diablo muffler with quad tailpipes, the engine is the standard 325-hp Vortec V8, which is not very good. 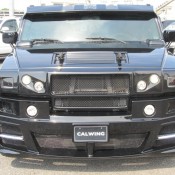 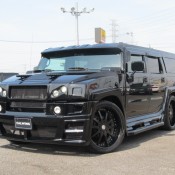 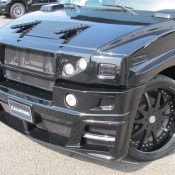 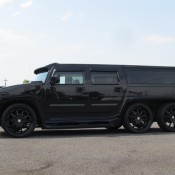 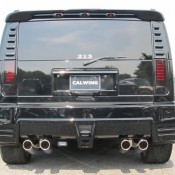 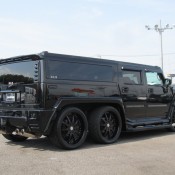 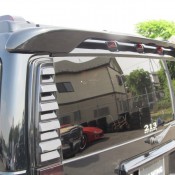 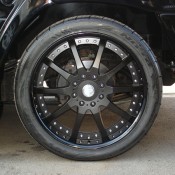 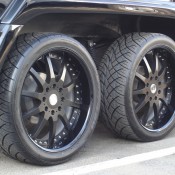 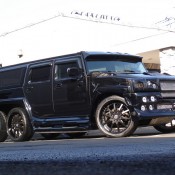 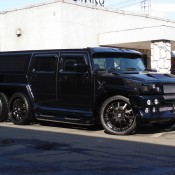 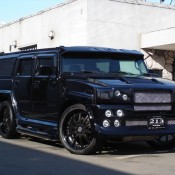 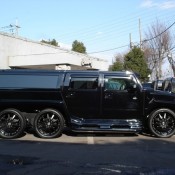 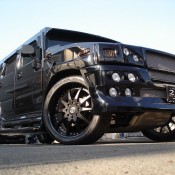 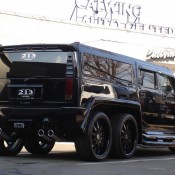 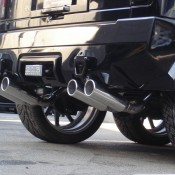 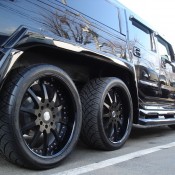 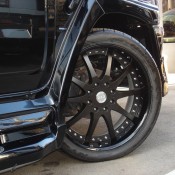