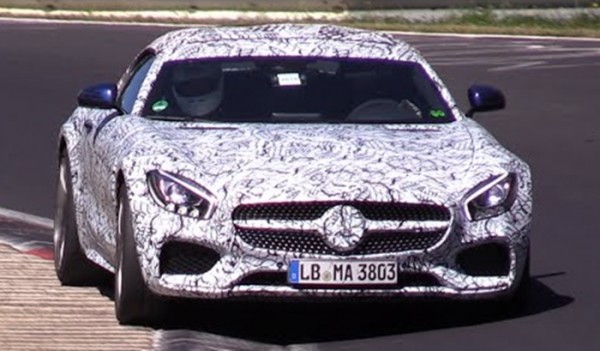 This has been a fairly busy summer at the Nurburgring as a whole flock of new high-performance cars come and go to the old place as part of their pre-production routine. One of the car sighted at the ‘Ring recently that has captured out attention is this test mule for the Mercedes AMG GT Cabrio. The drop-top GT is scheduled for release next year.

Judging by what we can see in this spy video, Mercedes AMG GT Cabrio – which is apparently going to be called AMG GT C – has lost none of its agility and eager performance in the transition to become a convertible. Just look at it go:

We are hearing some promising things about the Mercedes AMG GT Cabrio in the sense that the car is not going to be a typical open-top Benz, which is to say a lazy cruiser with a plush ride but nothing to speak of in terms of handling and driving fun. The GT C is being developed to be more of a drop-top sports car than a wind-in-hair cruiser. And they are not falling into the old trap of just adding more power for the sake of having more power. The car will get the same basic engines as the regular GT, and we put it to you, with the cabrio you can be perfectly content with the 460-hp version. With an open-top car you don’t want to go too fast. You want to be exposed to the elements as you work those corners and enjoy the soundtrack of your burbling V8.