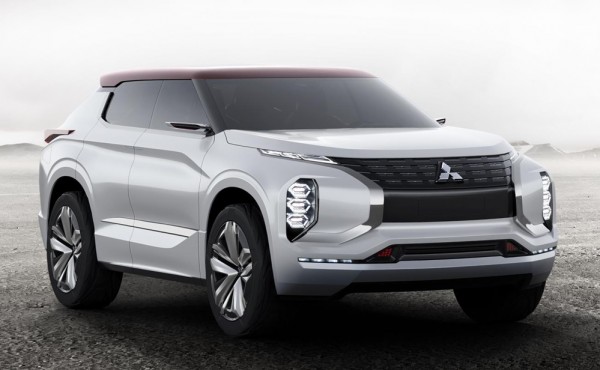 Mitsubishi announced their lineup for the 2016 Paris Motor Show, and just like any of the major motor shows they attended over the past few years it includes a new concept SUV. This year’s concept though, called Mitsubishi GT-PHEV Concept, is hugely intriguing and is going to have a big impact on future production models.

Described as a “Ground Tourer SUV,” Mitsubishi GT-PHEV Concept is a full-size, high-end utility vehicle featuring the latest evolution of Mitsu’s unique design language with highlights such as horizontal lines and sculpted, chiseled surfaces. Inside the cabin the horizontal lines continue for a muscular and rugged look, but since it’s a concept they have allowed the indulgence of using Burgundy genuine leather trim to match the exterior roof color.

But as with all of the previous SUV concepts by this manufacturer the most important part of Mitsubishi GT-PHEV Concept is its advanced triple-motor PHEV system featuring a next-generation high-capacity drive battery package, three high-output and high-efficiency motors and an engine designed especially for the PHEV setup. The three engines are arranged as one unit at the front and two at the rear, thus making the car four-wheel-drive. Excellent performance is expected of this system, but the figure Misu wants to boast about now is range which is 120 km in electric only mode and 1,200 km in hybrid mode.

With the GT-PHEV Mitsubishi seems to have hit that sweet spot they’ve been long looking for. All they need to do now is put the thing into production. At the Paris show the GT-PHEV will joined on stage by Mitsubishi eX Concept, a compact SUV powered by a next-generation EV system, and 2017 model year European market versions of the Outlander and Outlander PHEV. 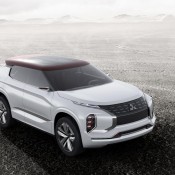 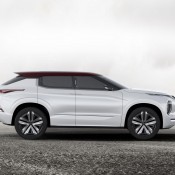 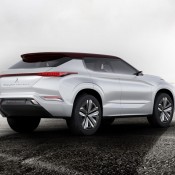