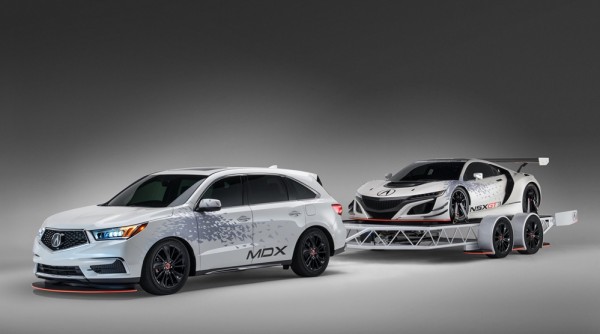 Acura’s products are among the least tunable cars in the industry – well, with the exception of the new NSX – but that hasn’t stopped them from trying. So they are coming to the 2016 SEMA show with a heavily tricked-out Acura MDX, a trailer, and the GT3 version of the NSX.

And all three are part of the same display, with the MDX pulling the trailer on which you find the NSX GT3. The pimped-out 2017 Acura MDX prepared for this purpose features three quarter inch lowering on both axles, black-out suspension components for some reason, 20-inch black rims and tires, tinted windows, towing package including bumper, electrical and transmission cooling package, and NSX-inspired front fascia as well as wrap and exterior accents.

As for the custom NSX GT3 trailer, built in collaboration with Jimmy Shine Workshop, the thing comes with a a perimeter chassis inspired by the NSX GT3’s roll cage and 20-inch accessory wheels adopted from the 2017 MDX, as well as running boards and a rear spoiler. It also has a 12-volt battery system that lifts and lowers the bed and is finished in the same Pearl White as the MDX and NSX. 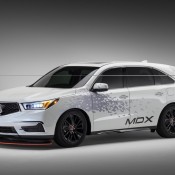 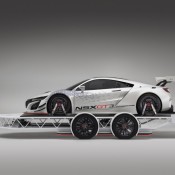 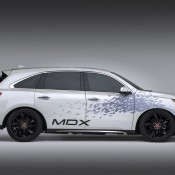