Latest @ MW
Home /Maybach S 650 Cabriolet May Look Like This! 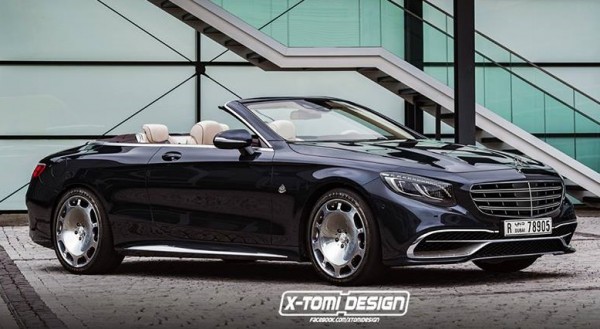 As Mercedes-Benz has promised us, the new Maybach S 650 Cabriolet will be unveiled in full official glory over the course of this week. But just for funsies X-Tomi decided to beat them to the punch and came up with his own rendition of the car, and we have to say it looks pretty friggin’ awesome.

So what we’re going to have with the Maybach S 650 Cabriolet is a drop-top super deluxe cruiser with a V12 engine and killer looks, not to mention a seriously fat price tag. This is going to make those people who’ve just ordered a S65 AMG Coupe or a heavily tuned S63 Coupe really, really mad. In their defense Mercedes should have waited at least another year before lobbing us another Maybach variant.

This is it for now, but stay tuned as we will be updating you on the Mercedes Maybach S 650 Cabriolet and other hot new debuts of the 2016 Los Angeles Auto Show.