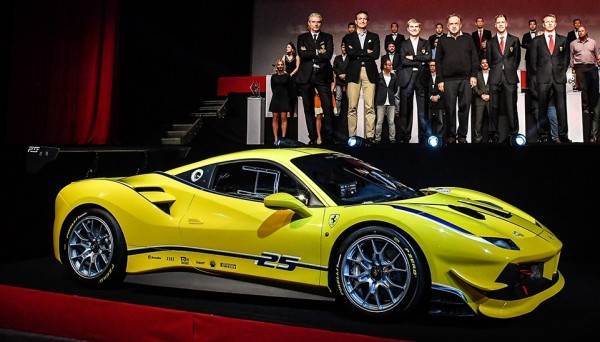 As we get closer to the close of the 2016, more and more manufacturers haste to show us their new racing cars for the next season so as to keep us engaged in the affair throughout the holidays. One of the latest of this bunch to break cover is the Ferrari 488 Challenge which was unveiled at the Ferrari World Finals event in Daytona.

The latest contender for the car maker’s successful one-make racing series which has been in business since 1992, the new Ferrari 488 Challenge replaces the 458 next year to become the first-ever turbocharged Challenge contender ever. The car is a head and shoulders above the 458 in terms of engine, chassis and aerodynamic characteristics, and it shows in its Fiorano lap record which is a full second quicker than that of the 458 Challenge EVO.

Although the car is production-based, Ferrari 488 Challenge has fundamental differences with the GTB and Spider you can buy at the showrooms. The race car comes with its own engine calibration, shorter gear ratios providing up to an 11.6% increase in acceleration out of turns, racing shift strategy for the F1 DCT transmission, and considerable weight reduction. What’s more, the 488 Challenge is the first car of its kind to get Slip Slip Angle Control, so it is fair to say the driver is going to have a helluva good time behind the wheel. 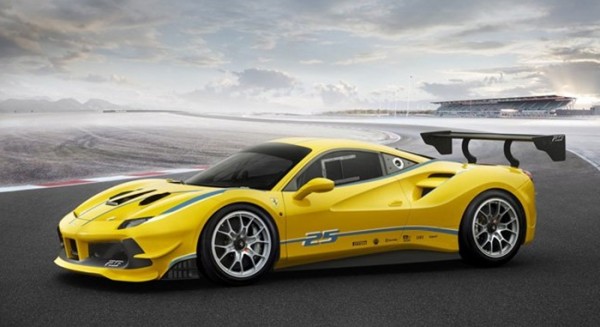 Another highlight of the 2017 Ferrari 488 Challenge is the aerodynamics which could inspire aftermarket specialists in designing body kits for the road-going version. In the racing car the front radiator layout is reworked, inverting the rake so that they are now inclined towards the rear, the front bumper is revised with a more pronounced splitter and flicks to increase downforce, there is a new bonnet with triple vents and integrated flaps, and a bigger rear wing, with an air foil similar to that used on the 488 GTE Endurance car.