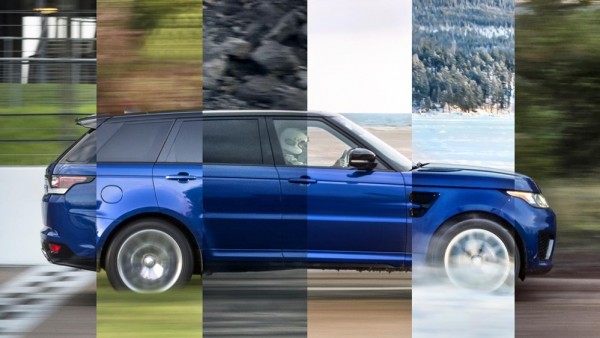 Ever since car makers started putting massive engines in SUVs people have been asking why, what is the point? And the best answer so far is that because they sell well, that’s why. Now though, Land Rover has got up to some tricks with the Range Rover Sport SVR which, although it doesn’t result in these things making any more sense, could at least help justify them better.

In an effort to prove that you can be quick off-road, they took a Range Rover Sport SVR to places with variety of surfaces including asphalt, grass, snow and sand and had it do 0-100 km/h runs on each one. The tests not only tested the capabilities of the car’s 550 hp supercharged V8 engine, it also pushed the Terrain Response 2 system to the very limits of its abilities. The results of these vigorous testing proved that yes, the SVR is pretty quick no matter what’s underneath its tires.

The best result was achieved, predictably, on asphalt where Range Rover Sport SVR clocked a 4.7 second 0-100 km/h time. The worse time, which is still mighty impressive, was recorded on snow at 11.3 seconds. The car did 6.5 seconds on mud, 5.5 seconds grass and sand, and 5.3 seconds on gravel.

In short, if you live somewhere with no paved roads and you still want to be quick as hell, the Sport SVR is the car for you.