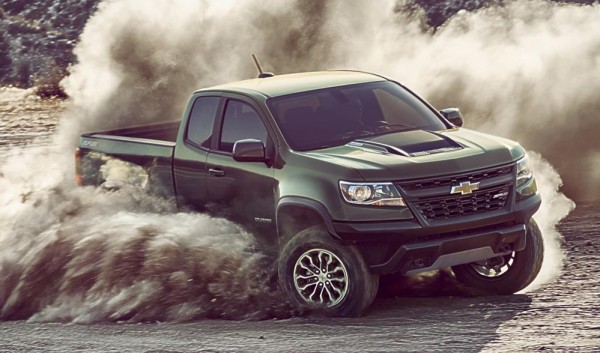 It takes a lot to stand out in today’s sports truck market, but with the new 2017 Chevrolet Colorado ZR2 GM seems to have hit the nail right on the head. Besides the cool looks, the long list of features, and innate capabilities of this truck, it has also the price tag going for it.

OK, so at $40,995 MSRP including a $940 destination fee the Chevrolet Colorado ZR2 ain’t exactly cheap, but that is the sort of price you have to pay for similar offerings from other manufacturers. So it’s in the right bracket. And that price tag really doesn’t seem bad when you take a look at the long list of features and equipment the truck comes as standard with (see below).

Other standard features include: