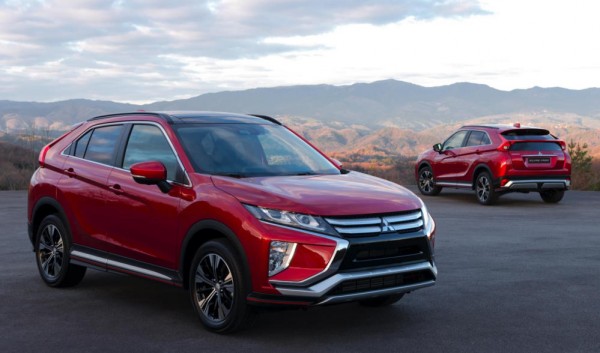 So Mitsu’s fancy new crossover which they had promised for the Geneva Motor Show gets an early online reveal ahead of its more formal introduction at the Swiss event. Called Mitsubishi Eclipse Cross, the dynamic new SUV slots neatly between the ASX and the Outlander and strikes a balance between practicality and sportiness.

So whereas the Outlander is just a bulky, rather ungainly utility vehicle that is nevertheless pretty good at its intended role, the 2018 Mitsubishi Eclipse Cross has a more enticing design with  sharply truncated rear gate and short overhang and muscular wings, all of which make it a tad less practical but a lot more appealing to the eye. That is a fair trade for many a utility buyer these days. Mitsu has borrowed the name Eclipse from one of their old sports cars, which goes to show they really were keen on giving this crossover a sporty character.

And the efforts continues inside, where you get horizontal lines rather than the usual vertical shapes with silver metal frames and a black and silver monotone color scheme. The car maker has tried to make up for the lack of space due to the unique shape of the car’s rear-end by adding a 60:40 split rear seat with long slide-and-recline adjustment. What’s more, they have given the Eclipse Cross advanced features such as a tablet-like infotainment system and a Head-Up Display.

Going on sale in early 2018, the Mitsubishi Eclipse Cross is pretty modern in terms of the powertrains it gets, which include a 1.5 liter turbo petrol mated to a new CVT and a 2.2 liter common-rail diesel hooked up to an 8-speed automatic. Both get 4WD and MMC’s Super All-Wheel Control (S-AWC) integrated vehicle dynamics control system. 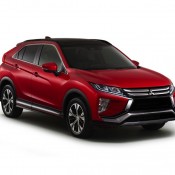 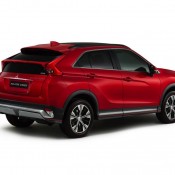 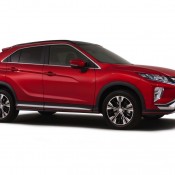 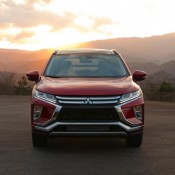 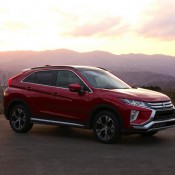 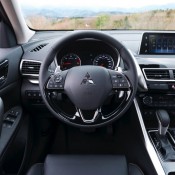 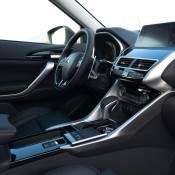 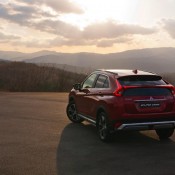 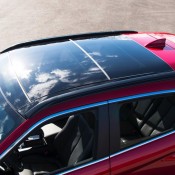