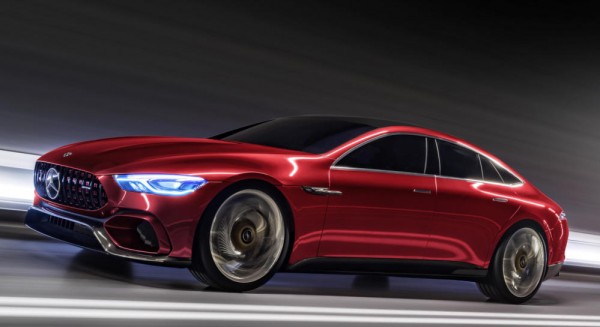 Given the fact that Mercedes-Benz is following an expansionist approach to production these days it wasn’t really a surprise that they announced they want to add yet another variant to the AMG GT range. The successful sports car has now spawned a four-door sports saloon in the format of Porsche Panamera. Unveiled at the Geneva Motor Show, the new boy is called Mercedes AMG GT Four-Door Concept for now. The production version will get its own AMG GT designation.

Although the idea of stretching the AMG GT and adding two more doors may not seem like that much of a hassle for Benz, we are going to have to wait a fair bit of time before Mercedes AMG GT Four-Door hits the streets as a production model. For one thing, the concept looks too, well, concept-y which means it is more an experiment for now than a pre-production preview. You got those fancy design details and you got the EQ Power+ drivetrain system – all too futuristic for 2018. 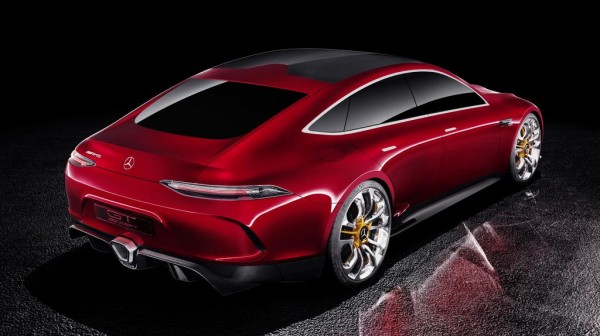 The powertrain in Mercedes AMG GT Four-Door is quite an impressive one, a hybrid affair with an ultramodern V8 petrol engine and a high-performance electric motor good for around 600 kW or 800 horsepower. Channeled to the road through a fully variable AMG performance 4MATIC+ all-wheel drive, that power can take the long AMG GT from 0 to 100 km/h in under 3 seconds, and that is hyper car territory. This is a technology Mercedes have borrowed from their championship-winning Formula One car. Check out the car’s design highlights in the video below (pictures included):

“The GT Concept embodies the most extreme expression of our design idiom and underlines anew the autonomous profile of AMG as a performance brand”, said Gorden Wagener, Chief Design Officer Daimler AG. “Through perfect proportions it creates a puristic design with the emphasis on its surfaces, featuring sensuous shapes and is hot and cool at the same time.”