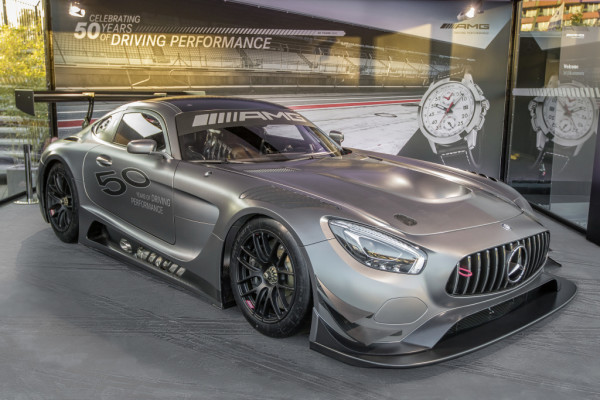 Daimler has planned many celebratory events for the 50th anniversary of Mercedes-AMG, the Affalterbach-tuner which was incorporated into the company half a century ago and since then has become the byword for high-quality performance driving. And they are kicking things off with a handy video highlighting the best products of the past 50 years.

Mercedes-AMG will also mark the 50th anniversary of the brand with a number of limited editions and collector’s version of current models such as AMG GT3 Edition 50 with only five copies featuring bespoke exterior and interior appointments.

“Our strategic expansion of the product range has put us on course for success around the world. With more than 400 Performance Centres, we have also continued our expansion at the point of sales. The 63 series models still constitute our core model series, and delight car enthusiasts around the world. In addition, our sports car series, which was developed entirely in-house, is now available as a broad-based family, to which we will add a four-door variant next year, once more demonstrating our competence as a sports car brand. We will further expand our broad product range with a new product line in the compact segment. In this way we have set the course for continued sustainable growth. It is up to us to not only celebrate the success story of Mercedes-AMG now, but to help shape the performance of the future during one of the most exciting periods of automotive history,” says Tobias Moers, Chairman of the Board of Management of Mercedes-AMG GmbH.